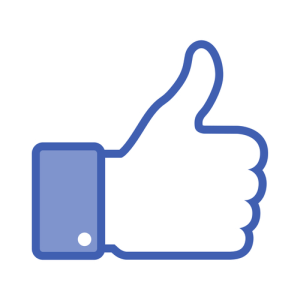 We’ve all seen the ‘Thumbs up’ symbol on Facebook, and we’ve all tapped the icon to show appreciation or agreement on a Facebook post that someone has wrote, or expressed our agreement with the expression of an image some has created, or we may have even given a click of ‘thumbs up’ to a video that has somehow motivated us in a positive way.

A ‘like’ is a complex Facebook expression tool that can mean many, many things from a Facebook user’s stand point, and can be interpreted in many, many ways by a Facebook Page administrator and a Facebook content creator, and be filtered out, measured and a means of intent and interest by Facebook’s algorithm.

A ‘Like’ in its simplest form is a ‘vote’ of appreciation by a Facebook user to express agreement with a statement you’ve made in form of Content you’ve created, such as:

Whoa, that’s an extremely heavy thought: Facebook has mathematically figured out what its Users want to see.

Now, you may be surprised, and definitely be alarmed that Facebook has figured out how to present content to its users based upon a Facebook User’s interests, and rightly so. You may be spending hours and hours creating content for your Facebook page that is never seen, by anyone, ever, because Facebook is filtering your content out. But, that is exactly what is happening.

A Facebook User can browse all sorts of Content and Pages, but those clicks on the ‘Like button’ are what separates what people are interested in, and what they are not interested in. Content that you spew out there, be it created by yourself, or if you are paying someone else to create it for you, can be entirely unseen and meaningless unless someone LIKES it! That ‘Like’ button is providing a vital service, and Facebook knows it, and now, so do you.

The more people who ‘Like’ your content, the more your content will be rewarded with more exposure within the Facebook system, that’s what Facebook’s Edgerank algorithm is designed to do. ‘Unliked’ content simply dies a horrible death, or may not be seen at all. So, as you can see, it’s vital that your content is interesting, and most of all, engaging (that like button gets clicked), or else you are just filler cluttering up the system.

So, how does one make ‘drycleaning,’ or more importantly, your business, interesting and engaging so that people WANT to click that like button? Well, that is as much art as it is science. It takes a lot of trial and error to discover what people are interested in. But not only that, you also have to be aware of Facebook’s policies regarding content creation, and Facebook’s rules regarding what you CAN and CANNOT do regarding getting people to engage with your content.

‘Like Gaiting’ (also known as ‘Fan Gating’) is the practice of forcing Facebook Users to ‘Like’ or ‘share’ a Page before being able to see certain content. An example is an App or Tab on your Facebook Page that shows different to ‘Fans’ versus ‘Non Fans’ where a ‘Fan’ can click to enter, and a ‘non-fan’ has to ‘Like’ a page before they can view the content. Facebook is enforcing this policy because: ‘To ensure quality connections and help businesses reach the people who matter to them, we want people to like Pages because they want to connect and hear from the business, not because of artificial incentives. We believe this update will benefit people and advertisers alike’.

As you can see, Facebook is really trying to create a level playing field where their Users are assured that they will see only content that genuinely is of interest to them, and businesses that fail or refuse to play by the rules are simply wasting their time and resources to game the system. More and more you can pretty much rest assure that a ‘Like’ is truly a genuine expression of interest and agreement, and a Fan is truly a fan with a genuine interest in your business or services.

Darcy Moen opened his first drycleaning shop at the age nineteen. Over the next sixteen years, he built his first 600 square foot plant into a chain of 5 stores, creating and testing his own marketing programs along the way. Darcy is a multi-media marketer, working in digital signage, video, print, direct mail, web, email and is a social media expert certified by Facebook for Pages, Insights, and Ad systems. Please visit www.drycleanersuniversity.com View all posts by Darcy Moen →