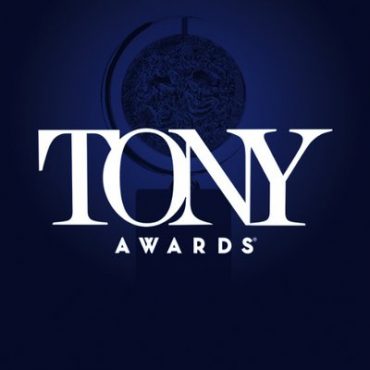 The Tony Awards Administration Committee has announced that they will present the 2018 Tony Honors for Excellence in the Theatre to three outstanding contributors to the Broadway industry – Ernest Winzer Cleaners; New York Times’ culture photographer Sara Krulwich and costume beader, Bessie Nelson.

The Tony Honors for Excellence in the Theatre were established in 1990 and are awarded annually to institutions, individuals and/or organizations that have demonstrated extraordinary achievement in theatre, but are not eligible in any of the established Tony Award categories.

“This year’s group of Tony Honors for Excellence in the Theatre award recipients perfectly exemplify the scope of work in our industry,” said Heather Hitchens, President & CEO of the American Theatre Wing and Charlotte St. Martin, President of The Broadway League. “Each one has left such a mark on the Broadway community in such different ways and we’re proud to be able to honor their contributions.” 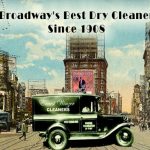 In 1908 Ernest Winzer was the Master Drycleaner and Dyer to the Broadway stage productions of the day. Family folklore has it that Winzer began by handling the costumes worn by Broadway greats like George M. Cohan, Helen Hayes, Laurette Taylor, the Barrymores and Billie Burke. This legacy of providing service worthy of the Great White Way’s brightest and best continues to this day. Today, Bruce Barish, along with his wife Sarah, is the third generation of the Steinhorn family to preside over Ernest Winzer Cleaners. In keeping with his grandfather’s service philosophy, Bruce and Sarah take personal responsibility for seeing to it that Winzer always satisfies demands of its most discriminating customer. He takes particular joy in indulging his personal passion for garment restoration work, an expertise he shared with his grandfather, Ernest Winzer Cleaners offers a perfect blend of Old World knowledge, new millennium technology and turn of the century graciousness and service worthy of a star. Although Al Steinhorn did not live to see his grandson carry on his legacy, Bruce knows that Grandpa Al is shining over him and his work every day.

Raised in NYC, Sara Krulwich attended the University of Michigan where she became the first woman staff photographer for the school newspaper, The Michigan Daily. After graduation, Sara repeatedly broke new ground, becoming the first female staff photographer at The Providence Journal, The Journal Inquirer and The Philadelphia Inquirer. Sara joined the New York Times in 1979, where she covered sports, politics and general assignments, all of which required constant travel. In 1992 she became the mother of twins and realized that she could no longer jump on a plane anytime news happened. At the urging of some family friendly photo and culture editors, the New York Times created a position for her. She became the paper’s first designated culture photographer, assigned to cover dance, opera and cultural news, but very little theater, since the paper traditionally ran photos supplied by producers. Her signature and proudest achievement has been providing an authentic historical record of New York theater. In Sara’s words: “My feeling is: the picture in the paper should look pretty much like the performance you’re seeing.”

In a career spanning over 70 years, Bessie Nelson is regarded as one of the premier beading designers in the country. Born in1931, Bessie was 9 years old when her Aunt Jenny, just a hand on Seventh Avenue in New York’s garment district, became instrumental in peaking her interest in beadwork and teaching her the art. In 1972, Bessie moved to California. It was there that she worked in Hollywood on costumes for television. Her artistry took her beyond the stage when asked to bead First Lady Nancy Reagan’s Inaugural Ball Gown and later was selected to bead Hillary Clinton’s Inaugural Ball Gown. Bessie has collaborated with many New York costume designers. She worked closely with famous designers and did the beadwork for many shows on Broadway.  Don’t mention retirement to Bessie Nelson, for this dynamo is still going strong today and possesses the same inner sparkle as the colorful beads she sews!

The American Theatre Wing’s 72nd Annual Tony Awards, hosted by Sara Bareilles and Josh Groban, will air on the CBS Television Network on Sunday, June 10, 2018 (8:00-11:00 PM, ET/delayed PT) live from Radio City Music Hall in New York City. The Tony Awards, which honors theatre professionals for distinguished achievement on Broadway, has been broadcast on CBS since 1978. The Tony Awards are presented by The Broadway League and the American Theatre Wing.

Follow the Tony Awards on Twitter and Instagram for real-time updates on the nominees as they are announced (@TheTonyAwards). The entire announcement will also be available on TonyAwards.com after the event.