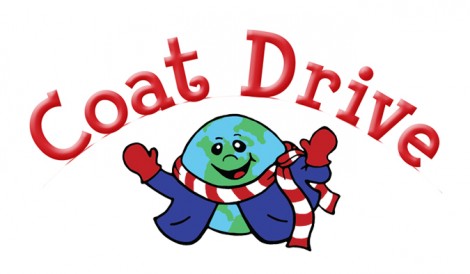 The number 13 is usually looked upon as an undesirable number. This year the 13th annual Coats For Kids was a resounding success! The Southern California Cleaners Association, Glendale Rotary Club and the Salvation Army teamed together once again to bring coats and other items to children less fortunate who were in need of a warm coat for the upcoming winter months.

“When I started this program 13 years ago, I never dreamed it would be so successful,” states Ray Rangwala owner of Esteem Cleaners, Pasadena. Ray is a member of the Glendale Rotary Club. The Rotary Club was looking for a service project and Ray volunteered to be the Chairperson of the service event. “Since I was in the service business, I thought it was a natural to do something that involved dry cleaners. We approached the Glendale School District and proposed a joint project…collecting coats for kids. The dry cleaners would clean the coats and have them ready for the children. I have been met with enthusiasm from day one,” Ray confirms.

There are 27 schools in the Glendale School District. Flyers go out to every student in the district. The flyers will give details about the event and tell when and where the coats will be available for pick up at no charge. The schools collect the coats. This year Glendale Memorial Hospital also helped with the donation of coats. The coats are taken to a central distribution point. From there, the dry cleaning angels – who are members of the So Cal Cleaners Association – pick up the coats. Other clothing items can also be donated and accepted. The items are cleaned and returned to the central location for the distribution.

The same as last year, the Salvation Army in Glendale was the distribution point. The cleaners had to deliver the coats by October 25th as the distribution was scheduled for October 26th. Lines were already formed when the doors opened at 8:00 a.m. Nearly all the items were gone within 1 hour. “Over 30,000 pounds of coats have been cleaned since the start of the program,” Ray is on the Board of Directors of the So Cal Cleaners Association and he credits the Association for the success of the program. “We have to find time to fit this extra work into our busy schedules, but those who help do so willingly and without complaints,” Ray explains.

This year, the dry cleaners involved were given Commendations by Mike Antonivich, Los Angeles County Supervisor, Fifth District. The Commendation stated: “In recognition of dedicated service to the affairs of the community and for the civic pride demonstrated by numerous contributions for the benefit of all citizens of Los Angeles County.”

Well done, Ray. You deserve a big pat on the back for all you do. Our industry is a better place with you in it!