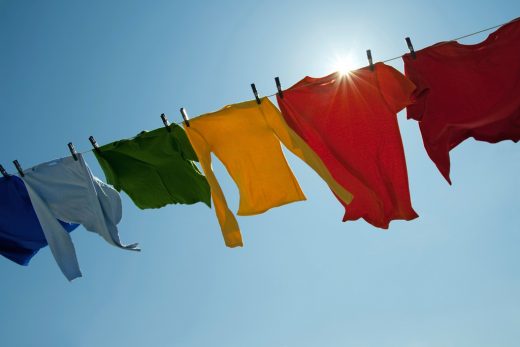 Isn’t our industry great? Hard work, but lots of satisfaction. In my years as a teenager and adult since 1967, for the most part I loved every day at work. Naturally, as we all know, there were some bad days. Mondays were usually bad because an employee may not return from an over active weekend. That always put everyone in a bind. Then there is the likelihood of a piece of equipment not starting up after 1 – 2 days of being idle. You would think that having a rest over the weekend would be good, but for some reason, equipment usually acted up on Mondays. So Mondays should have and could have but usually wasn’t, a good day in the plant. I remember those long waits for the repair guy starting around 5 – 6 a.m. and working late with lots of overtime and strain on everyone else. No employee is happy working for two people at the salary of one person. Think about it, it’s a wonder the employees didn’t rare up and scream. Those are the days you want to slip them a couple of Andrew Jackson’s on the quiet. I always figured they deserved it if they pulled the weight of two people.

I Have The Best Solvent Around

As for “Is your solvent better,” everyone is proud of their new drycleaning machine and/or newest solvent on the market. When one of the more recent solvents came out (Hydrocarbon in the early 1990’s), folks were skeptical, but after they made the decision to get it, were happy as a pig in mud. But then comes the part when you used it and the downfalls of the newest solvent and machines that used hydrocarbon. Yes, there were problems but they soon were resolved and eventually plant operators were reasonably satisfied with their purchase but they knew it was not as good at cleaning as perc. It still does not clean as well as perc but is better than the earlier petroleum solvents that kept coming out in the early century. None-the-less, people would bravely tell anyone who would listen (including their customers who could not have cared less) that they had the “best solvent around.” They could clean anything in it. Yeah right. Having any new solvent does not make you an expert that can clean things like restoration pieces, leather wearing apparel or other specialty items like purses and such. But they still think their solvent is better and they are now experts that can clean anything. Or so they think.

Couture Cleaning Is Far From Any Regular Drycleaning Plant In America

Every now and again these days I see either a new plant crops up or an old one tuned up and they will claim to be couture cleaner. That my friends is a high and mighty step and one not achievable except by a small handful of cleaners on the east and west coast and a very few in the middle states. Fashion starts on the east coast and Californians are the trendy wearers. It is no small feat to cater to the cleaning of their most expensive clothes and wearing apparel. I have worked at most cleaners across the country and can tell you for sure, these operations deliver. But it requires a real study of garments and apparel to know what can be cleaned and what cannot. If you are from my school of thought, you will say that anything can be cleaned, some way or the other. But you must be real couture level cleaners to accomplish that. You need the experience skills and testing abilities to know when to start and when to stop. Such are the couture cleaners. I don’t give a hoot what solvent you have and its so called miracles. It is not the solvent, it is the equipment and know how. Painting and curing have to be considered too. There are a handful of exceptions but for the most part it does not matter about the solvent.

No Hot Dogs And Treats, Please

A dear friend of mine encouraged me to write this article. The industry in its attempts to diversify has strayed away from the things we are known for. Diversification sounds really good but if you continue to claim you can do things you cannot do; you are knocking the industry level down. Why not serve coffee, nuts and hot dogs too!?! Stick with what you know and know how to do what you advertise you can. Simplicity is usually the mark of a good average cleaner. No one can be everything or anything in life, much less a couture cleaner. Be well my friends and I trust you are enjoying a great New Year!