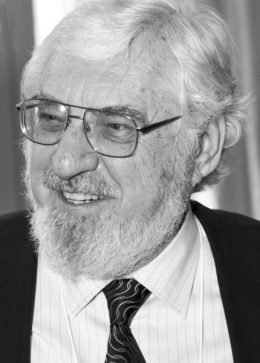 R.R. Street & Co. Inc is sad to have to report the loss of an individual who has had a significant impact on Street’s and the entire professional textile industry. Dr. Manfred Wentz passed away on Sunday June 12, 2016, at the age of 77, after a very brief and brave battle with metastatic cancer. He was a 19 year cancer survivor and in 2006 he also survived Guillian-Barre Syndrome.

Manfred had a long career in the textile industry. He was Director of Research, International Fabricare Institute (IFI), Silver Spring, MD (1972-1974), a professor the University of Wisconsin-Madison (1974-1985) and North Carolina State University (1985 – 1988) and he was the Burlington Industries Professor of Textile Science and Department Chair of Clothing & Textiles, the University of North Carolina at Greensboro (1985-1988)

Manfred then served as Vice President, Research & Development and Environmental Affairs at R.R. Street & Co. Inc. from 1988 –1998. During that time, Manfred played a pivotal role in opening up much needed constructive dialogue between the cleaning industry, textile manufactures and environmental and regulatory agencies in the 1980s and 1990s . He was adept at keeping scientific fact and data at the forefront of these discussions while simultaneously having respect and empathy for all stakeholders. His skill in this area is illustrated by the more than 100 presentations or key note addresses he gave to diverse audiences at US and international trade shows, conferences and business meetings.

After leaving Street, Manfred returned to academia in North Carolina and later became Director of Hohenstein Institutes (USA) and Head of the Oeko-Tex Certification Body (USA). (1999-2009) until his retirement in 2009.

Dr. Wentz held many national and international leadership positions in the textile industry in addition to many professional associations (AATCC, AAFA, IDC, ISO among others). In his latter years he focused on textile ecology and environmental responsibility/sustainability. He was an active member of the American Apparel & Footwear Association (AAFA) where he was integral in the development of the Restricted Substances List used industry wide today. He was a stakeholder representing the garment and textile care industry at the Environmental Protection Agency (EPA) where his outstanding leadership was formally recognized in 1998. He served as a delegate and expert at the International Standards Organization (ISO) meetings that develops safety standards on textile and apparel performance. In 2003 he received the European Research Award for Science and Technology on Textile Care. He collaborated with Nike, Walmart, Target, LLBean among many other Fortune 500 companies on many levels. Dr. Wentz was widely published with over 100 articles in both domestic and international trade journals.

Street expresses condolences to the Wentz family and sorrow at the loss of a friend and of such a significant contributor to textile science.

A private ceremony was held for family. Memorials may be made in Dr. Wentz’s name to: the Cancer Research Institute (cancerresearch.org) or for Guilliane-Barre Syndrome (gbs-cidp.org).