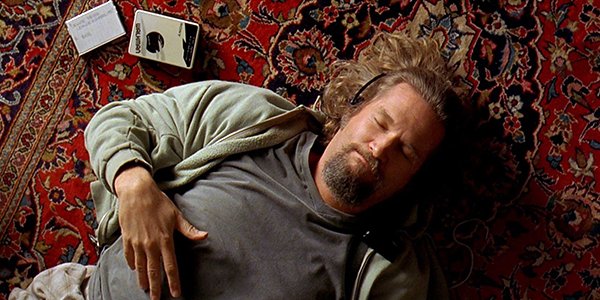 I know of many cleaners and laundries that will not service the usual rug, mostly because they don’t have sufficient room to lay one out and properly clean it. Most plants have always tried to operate out of the typical shopping strip with barely enough room to process drycleaning, let alone laundry. I have many former customers, plant owners who do rugs of any size and they could tell you more about cleaning rugs than I ever could here. But I want to cover some basics of rug cleaning, rug making history and some good old fashioned cleaning methods that will work and yet amuse you. I was kidded by my store neighbors when I owned a plant in the 1970’s. They made fun of a folding board sign that I put out in front of my store every day that would say, I CAN CLEAN ANYTHING. It was meant to cover rugs, carpets, clothes, fragile and antique items. My friends would ask if I could clean a dog in which I answered “Sure, I can do that too!” The point is that most drycleaners are missing out on a lot of money by turning down things that won’t go in the typical drycleaning machine. My theory is no risk no gain. Small rugs do well in a drycleaning machine unless it is too big or handmade/fragile. Simply laying a large rug out on a floor and hand cleaning it is as easy as pie. I am continually startled by the lack of education in some drycleaning people today. Franchises and plants where the owner comes in from another industry, sinks a million dollars into a place and is trained to do only clothes is ridiculous. Sometimes you have to put your thinking cap on and analyze the situation, otherwise you have lost revenue. Someone, somewhere, will clean that item. Folks, you know I am not talking to the average experienced people out there and surely not the ones who don’t have adequate space.

Some historic cleaning history I found by authors that are named below is very interesting. One of the most common strategies of keeping rugs clean in the early nineteenth century was to use druggets, which are heavy woolen goods spread under tables to protect rugs from spills. They are sometimes called crumb cloths. In addition to dining rooms, they were used in other areas of heavy wear. E.V. Rippingille painted The Young Trio in 1829 showing a drugget protecting carpet in a parlor where children are at play.

1879 Cleaning Rugs: The more often rugs are shaken, the longer they wear; the dirt that collects under them, grinds out the threads. These early rug cleaners were almost always the people who owned them or their servants. (This old cowboy could use a servant or two). Do not have rugs swept any more often than is absolutely necessary. After dinner, sweep the crumbs into a dusting pan with your hearth brush; and if you have been sewing, pick up the threads by hand. A rug can be kept very neat in this way, whereas a broom wears it out.

To Wash Rugs: Shake, beat and sweep well. Tack firmly on the floor. Mix three quarts soft, cold water with one-quart beef’s gall. Wash with a flannel, rub off with a clean flannel, immediately after putting it on each strip of rug. How is that for a modern way to clean rugs? Rugs should be washed in spots, with a brush or flannel, one tablespoonful ox-gall in one or two quarts water.

To Remove Ink from Rugs or Carpets: Take up the ink with a spoon. Pour cold water on the stained spot, take up the water with a spoon, and repeat this process frequently. Then rub on a little oxalic acid and wash off immediately with cold water. Then wet with hartshorn. Housekeeping in Old Virginia, edited by Marion Cabell Tyree. Louisville, Ky.: John P. Morton and Company, 1879.

Cleaning Rugs (Naphtha Process)This is regarded as the surest and most satisfactory, where there is the slightest suspicion of moth eggs or worms. It is especially adapted to pile rugs or carpets. Caution should be exercised as to the purity and clearness of the naphtha used, and the thorough extraction of the grease; else the dirt adheres more easily than before. When carpets are to remain in storage for some time, the odor can be left in the carpet, if desired. A more through cleansing can be assured by having the carpet beaten first. A surface application of naphtha will drive the impurities through the article, to be absorbed by that which is under it.

There was a time when all work of this kind, done by hand, was preferred; but in the absence of men who do it thoroughly, and the lack of available space for such operations, the improved carpet-beating machines are heartily recommended. They do their work thoroughly, evenly and in one place. At least, it can be said that no danger exists from anything getting into the rugs from previous cleaning, as all dirt is carried off immediately. Where work of this kind is done at home, care should be exercised that the article is beaten on its back, in order that the dirt may be forced from the place where it has settled. The best instrument in use is a rattan with a large loop.

After a rug has been well beaten and the floor perfectly dry, it can be nailed down tightly, and then the soiled portions can be cleaned with two quarts of cold water with a bullock’s gall dissolved in it. Put on with a soft brush and wipe dry with a clean cloth. Potter’s clay mixed as a paste (thick) with water and spread on with a knife, wet, will clean them nicely. Cover over with several thicknesses of heavy brown paper, leaving it for a day or two; then brush off. If not entirely removed, apply again. It never fails when properly used. If spots of grease are upon them, saturate the spot with spirits of turpentine and let it remain several hours; then rub it between the hands. It will crumble away without injuring the color or texture. When a color has been destroyed by acid (unless some shade of red), ammonia will neutralize the acid and chloroform will restore the original color. A solution of oxalic acid crystals, one part by measure to eight of soft water, will entirely remove dry ink stains. The goods must be afterwards thoroughly washed, as the acid destroys the cloth. If a carpet is thick, like those of Brussels or Axminster, and is much soiled, take a clean mop and dip it into warmish water, to which one teaspoonful of ammonia has been added to each quart. Wring out the mop as dry as possible, and rub it over the carpet in breadths. When the water becomes soiled, take a fresh supply.

1920  New Versus Old Idea in Cleaning

If one general term could be applied to the manner of all cleaning up to the present, that term could well be “scattering,” for in all the various steps of sweeping and dusting, the work was done in such a way as to scatter and spread the dust particles (and bacteria) from one place to another. The corn broom swept the dust out of the carpet, only to raise it in the air so that it lodged on pictures, moldings, etc. Again, the feather duster removed the dust from these same pictures only to have it fall on the floor, and thus went on a continuous cycle of dust which was never entirely eliminated from the house after all. When most folks think of rug origin they think of Persia and Turkey.

Below is a Guide to Antique Rugs

Braided rugs have a rich, deep history that goes back further than most people realize. Learning the history behind this amazing home accessory will allow you to appreciate them just a little bit more. In this post, we’re going to take you through a brief time line of the braided rug’s history and origin, revealing how they came to be such a popular home accessory. While the first person responsible for inventing them remains a mystery, historians believe braided rugs were created during the early years of America’s colonization by the British. During the late 1500s to early 1600s, braided rugs began to pop up in the new American colonies. Of course, it didn’t take long for the popularity of these stylish yet innovative rugs to spread into other parts of the world. The first floor coverings made in the American colonies were rag rugs. The people had no new materials to spare for floors and there was no corner store to go to for supplies. They cautiously saved every scrap of worn-out, used-up textile material from all sources. These scraps were usually wool, very seldom silk and in later years’ cotton. Remnants were cut into strips, sewn together and rolled into big balls to be made into rugs when time allowed. Old stockings, clothing and bed linens which had outlived their original purposes became valuable all over again. In those early days there was no organized industry for making floor coverings. The thrifty folk of Pennsylvania and Maryland, and to a lesser degree New England, were accustomed to operating hand looms in their small houses and wove these old scraps on them. The loom would be strung with strong linen warps, and the long strips of rags were drawn under and over and tightly pressed together to make a narrow carpet, since the looms were narrow and could do no better. To make a wide carpet one sewed together a number of strips.