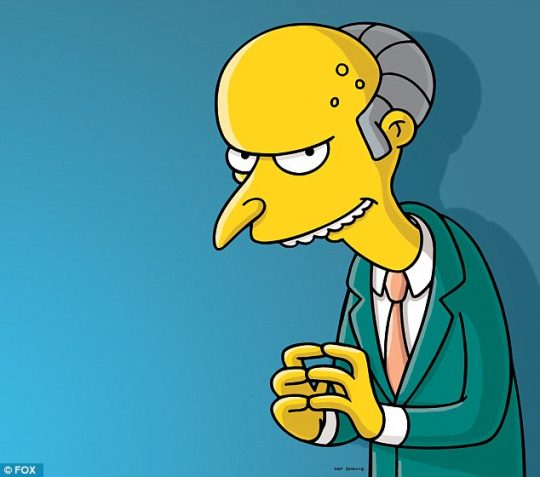 This is the season to be joyful. I thought I would share some laughs with you. Alexander Huls wrote an article for The Hartford Insurance Company about the 10 worst TV bosses. I am sharing the article with you because I thought you would enjoy it and maybe recognize some of your traits in these well-known bosses. So, read and chuckle!

Michael Scott, The Office – It’s not that Michael Scott (Steve Carell) isn’t deep down a well-meaning softy. It’s that that is exactly what makes the Regional Manager of Dunder Mifflin such a bad boss. Scott is a classic, if exaggerated, example of the manager who is more preoccupied with being well-liked and popular than focused on being a good boss. What’s more, his desperation to be cool and loved continually crates work interruptions or painfully awkward situations. If ever there was proof of the wisdom that a manager can’t be concerned with being their employees’ friends, it is Michael Scott.

Don Draper, Mad Men – Don Draper (John Hamm) may be an immensely talented Marketing Creative Director, but he’s also an immensely terrible manager. He shows up late, leaves early or just disappears in the middle of the day (often for some, um, “afternoon delight”). If he is present in the office, he’s a terror to his employees. He’s curt, abusive, critical and often just plain mean. To say nothing of the fact that he makes employees work late on their birthdays, steals their idea and leave them generally discouraged and disgruntled. Frankly it’s better for his copywriters when he isn’t in the office.

Mr. Burns, The Simpsons – Any man who wears a gorilla vest is generally not going to be someone who cares much about other living beings. Especially his employees. Sure enough, that’s pretty much why Mr. Burns is one of TV’s worst bosses. The owner of Springfield’s Nuclear Power Plant is greed incarnate. He’s constantly putting his profits before the well-being of his workers- whose names he never even bothers to remember. Plus, he’s obviously terrible at assessing talent, because who would put Homer Simpson in charge of nuclear safety.

Malory Archer, Archer – Where to start? First, the head of the international spy agency puts Dan Draper’s at-work drinking to complete shame. But that’s the least of it. Malory also does inappropriate things in her office. She’s constantly insulting her employees in the most malicious ways imaginable. She uses her workers to conduct personal assignments on her behalf. But beyond that, she’s just plain incompetent, manipulative and corrupt. The only thing she’s good at: encouraging cleanliness in the office to keep it free from ants.

Ron Swanson, Parks and Recreation – Don’t get us wrong. We adore Ron Swanson. He is both a great human being and TV character. But he’s still a pretty bad boss. He does nothing. No work. No calls, meetings or assignments. What’s more he encourages others to do nothing. Sure, that gives more autonomy to his employees. But a good manager should always be there to provide structure, guidance and help. He does none of that. He may as well not be there. If he weren’t, it would also probably make his employees safer given he keeps a land mine on his desk.

Patty Hewes, Damages – Where to even begin with Patty. She tried to have one of her employees murdered. An employee, by the way, she only hired because she wants to access one of the employee’s friends for a case. That’s just the tip of the iceberg. Patty might be a tremendous lawyer but she’s also a boss who shamelessly uses her employees for her own end and plays warped mind games. She’s the typical archetype of the boss where you never know what you’re going to walk into when you step into their office. But you know it’s going to be bad.

Wilhemina Slater, Ugly Betty – Compared to the others on this list, Wilhelmina isn’t too mean to her employees. But that’s because most of her time and energy is expended on scheming her way up to the corporate ladder by screwing over her boss. That makes her a bad manager because she’s more focused on achieving success for herself than doing anything to encourage the success of her employees.

Bob Kelso, Scrubs – “It’s not my job to care” say Chief of Medicine, Bob Kelso. That’s pretty much something a good manager should never say. Dr. Kelso doesn’t care about his employees or patients. He’s that boss who cares only about the bottom line. Of course, staying afloat is important for any business but if you’re managing your employees solely with your account book in mind, that’s just going to breed exactly the kind of disgruntled workers we see in Dr. Kelso’s hospital.

Professor Farnsworth, Futurama – There’s probably been no boos in TV history who has so consistently placed his workers in perpetual danger. As cheerful as his “good news, everyone” job announcements may be, they’re always followed by an assignment detail that requires Planet Express to deliver packages to places that imperil the crew. Whether that takes the form of giant Amazonian warriors, intergalactic space wars and general alien shenanigans.

George Bluth, Arrested Development – The patriarch of the Bluth family is a one-man “How not to be a boss” guide. He is constantly hiring his own family but never hiring or promoting the members of his kin who are actually qualified. Once he does turn his family members into employees, he rejects their great ideas in order to keep them in place and pits them against each other. Then there’s the fact that he had an affair with his assistant and stole money from his company.

I hope you enjoyed reading this as much as I did. These are the worst bosses by far. You might have doubts about how good a boss you are. After reading these nightmares, you’ll see you are not as bad as you might think. If some of the experiences are “too close to home,” maybe it is time to make some changes

I hope this Holiday Season brings you joy and happiness. There is a New Year ahead. Let’s make it the best ever!