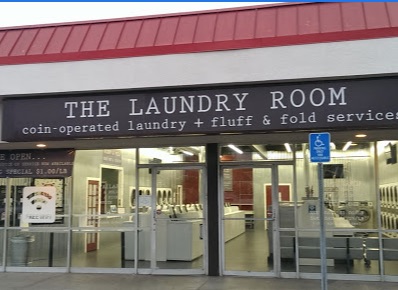 Current Position: Andrea Milam, 34, is the owner of The Laundry Room Pasadena in Pasadena, California. She oversees daily operations, management and quality control for full-service wash and fold as well as administration for two laundromats within a mile of each other.

The Company: Started from scratch and built from the ground up six years ago, The Laundry Room Pasadena is well known for its 24-hour turn-around time, regardless of the weight. “Customers notice our seamless process for quality control that has built our reputation since April 2014,” said Milam. “Our team prides itself on maintaining relationships with customers and steadily growing our loyal customer base.”

Launching Pad: “My now husband and I found ourselves renovating an apartment building,” said Milam. “We created a laundry facility for the tenants, and the initial idea was made.”

Shortly after the birth of her first child, the closest laundromat to her house was up for sale. After working as a paralegal, Milam sensed that this might be the perfect vehicle to give her the flexibility she needed as a new mother.

“I was determined to turn this laundromat around and make it a safe place for the community to do laundry with their friends, family and kids,” said Milam. “For the first year, I worked in the laundromat anywhere from 50-70 hours per week.”

Contemporary Method: The laundromats that Milam acquired were old, tired and run down. Her vision was to create a more modern approach to your typical laundromat. Careful thought and meticulous attention to detail went into creating a vibe that is customer centric. “The community that used the old laundromats before we acquired them, appreciate that we took the time to create an atmosphere and technology to ensure a safe place where machines work and can get their clothes cleaned properly,” said Milam. “The Laundry Room loves to serve the laundry needs of our community, and we are always making changes and thinking of ways to make our customers have a better experience.”

Early Careers: Hustling at work to make money is something that Milam caught at a young age, earning the title of neighborhood babysitter. At age 14, she was also the shift manager at her local Blockbuster, a post she held for four years.

As a youngster with no financial responsibilities or obligations, Milam relished spending her hard-earned money on what she dubs the “fun stuff.”

“Since I was ten years old, all I really cared about was making enough money to buy clothes at Ross and Macy’s on sale,” recalled Milam with a laugh. “My main motivation in the very beginning for babysitting and working, instead of doing sports and social stuff, was clothes and shoes.”

It’s Gotta Be the Shoes: Another stream of income came from modeling footwear at various trade shows. The work was extensive enough that it allowed her to travel across the country and around the world. “I went to New York, China, Singapore and other places in Asia,” said Milam.

Before the Golden State: Milam was born in Sioux Falls, South Dakota. However, due to her father’s job, she moved around quite a bit. She has lived in Missouri, Alaska and Las Vegas (where she was part of the first graduating class at Coronado High School in Henderson, Nevada).

Overcoming Obstacles: Being a business owner has its rewards, yet Milam readily admits that momentary roadblocks and discouragement are par for the course from time to time. “You’ve got to face them head-on, and you can’t hide from it,” stated Milam. “When you come face to face with your challenges, and you realize there’s a solution, once you solve it, you realize it wasn’t as hard as you imagined or feared.”

Lessons Learned: Owning and operating a wash and fold business has given Milam insight into the deep emotional relationship people have with their garments. “Handling people’s clothes is much more personal than one could ever imagine,” said Milam. “If something goes missing or something goes wrong, it’s always their favorite, most expensive item.”

Marks of Achievement: She believes that success is the ability to “build a business that works mutually for you and your clients.” Finding a vehicle that meets her family’s needs as well as that of her local community is meaningful for Milam. “To succeed, try your best every day,” she said. “If it works, feel good about it and do it again.”

Leadership Style: When it comes to her management philosophy, Milam is quick to point out that The Laundry Room Pasadena has a specific flow and strict system to ensure that the train stays on track. She leads by implementing the system and empowering her team to take ownership of their tasks or set of responsibilities. “What this does is create confidence,” she said.

Personal: Milam earned her Bachelor of Science in Psychology from California State University, Northridge. While she considers The Laundry Room Pasadena to be the “perfect job for me and my family,” she has not ruled out a career as a marriage and family counselor.

In addition to being her inspiration and partner in business, Milam’s husband, Aaron, works as a full-time engineer. He also owns a collegiate summer baseball program and is on the coaching staff for the men’s baseball team at Occidental College in Los Angeles.

Andrea and Aaron live in Pasadena with their two children, Oliver and Bailey..