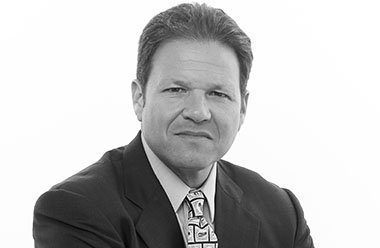 “One Last Chance, the Defining Year for the Planet” states Time magazine. “Historic SF Building to be Lifted 10-feet Due to Rising Sea Levels” states the San Francisco Chronicle. “New Data Shows an Extraordinary Rise in U.S. Coastal Flooding” says a NY Times article. “Great Lakes Water Temperatures are Blowing Away Records and Could Climb Higher” reports the Washington Post. All these publications highlight the realities regarding global warming.

It was no wonder that James Ellman’s brilliant new book, Hot Stocks – Investing for Impact and Profit in a Warming World engaged my interest. He projects what our future may be thanks to global warming and climate change. In an interview, Ellman points out “we are unfortunately engaged as a human race in heating up our planet by digging up billions of tons of hydrocarbons that have been generated over millions of years. We are burning and expelling gigatons of carbon dioxide into the atmosphere. We shouldn’t be surprised that this is having a profound effect on our planet.”

What impact will global warming have on the polar ice caps in addition to the economy?

Ice caps are shrinking on a yearly basis. It is true that some areas are expanding but in general glaciers, snow cover in the northern hemisphere in the winter and the ice caps themselves are melting. Economically, the fastest growing parts of Canada are the northwest territories and the Yukon. As now ships sail around the Arctic saving a great deal of time in moving cargo around the world. There is significant rush taking place to build port facilities along the northern rim of the northern hemisphere.

It is clearly happening. The science is very clear. Air temperatures and humidity are rising both over land, oceans and time. Artic sea ices are declining, and sea levels are rising. Ocean temperatures are rising, and acidification is taking place. We are seeing the impact of stronger storms, more destruction and increased flooding. I see no reason to assume that scientists around the world would conspire to convince us that global warming is a hoax. A Pew Research study concludes that the closer people live to the coasts in the United States, the more likely they are to believe in global warming. They see with their own eyes the frequency of levels rising and flooding.

What is the impact of greenhouse gases?

The most impactful of the greenhouse gases is carbon dioxide (CO2). It is the major culprit since it is driven by burning of hydrocarbons (coal, gas, petroleum). CO2 is heating the earth, making it hotter every day. It doesn’t mean that we don’t have cold days anymore but figures from cities around the United States show our weather getting warmer. The ocean traps most of the heat like a gigantic heat sink. Not only is the ocean getting warmer, it absorbs the CO2-created carbonic acid, making the ocean more acidic and uninhabitable for our marine life. This means our delicious seafoods can no longer survive and our oceans are becoming more and more barren.

You point out that in 2018, the Unites States government released the Fourth Annual National Climate Assessment, which stated three important conclusions. Please explain them.

1.The earth’s climate is now changing faster than at any point in the history of modern civilization primarily as a result of human activities.

In 1960 the earth’s civilization was releasing about 10 billion (gigatons) of carbon dioxide into the atmosphere. In 2020 we are at 35 gigatons per year. So, we should not be surprised to see an acceleration in global warming and climate change taking place. Temperatures and average humidity have been rising at a faster rate in the last 10 to 20 years than between 1960 and 1980.

2.Without substantial and sustained global mitigation and regional adaptation efforts, climate change is expected to cause growing losses to America’s infrastructure and property and impede the rate of economic growth over the century.

To a greater or lesser degree, it depends on where you live. If you live in Miami, where sea levels are rising, climate change will have a dramatic impact on the value of your home. In these low lying coastal areas around the country we will see declining real estate values. Places in those same cities that are above the water line are seeing their prices appreciate. The Brookings Institute came out with a study a few years ago that shows that by the end of the century the Gross Domestic Product (GDP) will decline as a result of global warming and climate change. For a great arc stretching from southern Texas across the Gulf of Mexico to south Florida Brookings expects between a 10% to 28% decline in GDP per county. If you live in Duluth, northern Maine, or near Seattle, the weather might get a little milder and the economy and real estate could improve. In the end, climate change is not a good thing for the United States as a whole.

3. With continued growth in emissions at historic rates, annual losses in some economic sectors are projected to reach hundreds of billions of dollars by the end of the century. That is more than the current GDP of many U.S. states.

We can imagine why more powerful hurricanes, more intense rain events coupled with rising sea levels that lead to flooding would have a negative GDP impact on the country. For example, there is a significant increase in violence when it is hotter. When it is too hot, outdoor work productivity and agricultural production of the land tend to decline. A recent report by the U.S. Military suggests that due to global warming there will be many climate refugees resulting in violence, civil wars and displacement of millions of people around the world. The U.S. military has contingency plans to deal with this prediction going forward.

The report says that this global warming crisis is an existential one that we face militarily and politically. What does that mean?

What are specific ways in which global warming might impact the drycleaning and laundry industry?

Consumers are increasingly choosing to spend their disposable dollars at ‘green’ businesses. Being able to tout a company’s environmental bonafides may be a key to customer loyalty and repeat business in the future. This can be done in several simple ways. For example, if possible choose a renewable electricity option from the local utility provider and then proclaim that the store is ‘solar-powered;’ offer to accept used plastic clothes covers and wire hangers at point-of-sale for recycling if you don’t already do so; and change to low toxicity chemicals, solvents and detergents when possible and advertise that choice. Be aware that carbon emission pricing and taxation may become the law in a Biden-Harris Administration. Now is the time to begin measuring carbon intensity in your business and considering ways to reduce that footprint in the future.

How will the stock market be impacted by global warming?

As a professional investor by training and trade, I believe that capitalism has the potential to help solve the problems of climate change. Mitigation efforts can be profitable, and the U.S. can become a wealthier place. As we shift to the creation of massive green energies such as on-shore/off-shore wind, solar, better battery storage and electrification of our automobile fleet, we can lead the way in the world and make a great deal of money as investors. Those who continue to invest in companies that will be hurt by climate change will lose a lot of money. Those who focus on how climate change is going to impact future markets will not only help alleviate the problem but can expect to earn higher returns over time. This will be the largest trend in the market over the next 20 years. Climate change is going to impact several major sectors of the market. Not just the obvious in alternative energy or knowing to avoid hydrocarbons, but also infrastructure stocks, auto/auto parts stocks, banks, insurance and utilities. Focus on how industries that most people do not think will be affected by climate change but will, in fact, be affected, will have their stock prices influenced going forward.

Currently there are a record numbers of Covid-19 cases. Is this pandemic impacting global warming?

If we can see anything positive from the pandemic, it would be two-fold. One, our carbon emissions as a planet will be significantly lower this year. Two, people have more time to read and think right now and hopefully will look at science and realize that global warming is an existential problem for humanity. If they care about the world, they are going to leave their children and grandchildren, then maybe they should do something about that problem.

Available for purchase on Amazon.com.