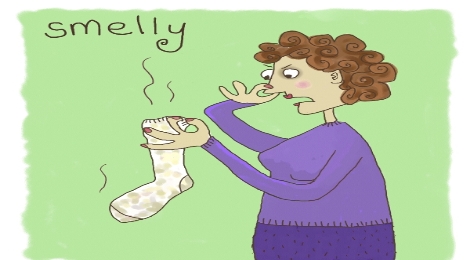 It is amazing how big an industry fragrance is. Reportedly, it is larger than our 7-8 billion a year drycleaning and laundry industry. But then, so is pizza. How do things smell? Most everyone is caught up in the over emphasized importance of fragrances. No one wants to stink or have their clothes stink, but is all this extra fragrance necessary? I looked up fragrance or odor and Wikipedia states the following: “An aroma compound known as odorant or fragrance or flavor is a chemical compound that has a smell or odor. A chemical has a smell or odor when it is sufficiently volatile to be transported to the olfactory system in the upper nose.” Okay, we get that part, but why? This is simply a group of molecules that bind together to produce a smell. They may be synthetics such as in the case of fragrance or they may be natural occurring odors from natural elements of the earth or body.

Home Products Are Too Heavily Enhanced With Fragrances

So, the fragrances are what we are enhancing in the products of the clothes when we smell solvent or odor on clothes after cleaning, or a thousand other applications of daily use of something in our world. I am blown away by how strong the fragrances (artificially added product) that are in home detergents these days. It’s as if they want the clothes to smell clean because of the fragrance rather than the soap actually cleaning out the dirt and odor. I might add that the soaps and detergents of all home products are so diluted down or powdered down depending on the case, that they require twice as much product to do the job.

Pole Cats Are About The Worse

Odor perception is said to be primal as a sense. One of the seven senses. A very, very strong sense, and it varies from person to person, decreases with age. A pleasant odor may be referred to by most of us as pleasant fragrance, whereas an unpleasant odor might be described as stench, reeking or plain old stink! I usually describe anything real unpleasant in odor as a “skunk.” It does not get much worse than skunk odor, or as we called them down south,“pole cats.” That is one nasty odor that can only be approached for removal with limited success, usually starting with ozone and on to salts and digesters.

It is beyond my comprehension how some folks cannot realize the odor that is in their clothes or on themselves. Body odor is the worst of them all. Underarm stink is difficult to remove and usually only successful completely, by the use of water and additives such as salt, neutral detergent and possibly bleaches or digesters. Proper prespotting before cleaning will take out a great deal of the odor but you need to fight fire with fire. The manner and substance of how an odor molecule is in the clothes is the correct method of 100% removal. Perspiration is a water based stain that needs water for successful removal whether on the board or in a bath. A simple washing probably won’t even cure the problem. Certainly, drycleaning won’t!

This brings to mind the times I run across a plant that is either 100% drycleaning or 100% wetcleaning. With such advertising as that, there is no two ways to approach an odor removal process. Particularly with the plants that sell drycleaning only and don’t have a home washer, sink or even a bucket or faucet in sight. It is hard for me to imagine how they deal with those customers who notoriously have underarm odor such as policemen, firemen or other outdoor workers. Between the solvent odor that got trapped inside the poly bag and the body odor that was never removed, I shudder to think how it can be called professional drycleaning and laundry at one of those places.

How, where and what we do to people’s clothes is of little concern to them. Only a few are interested in the actual process or the products we use that they think they are sensitive to. Odor is not a stain. Odor is an area of a garment that has chemicals from the body, and/or application materials, that render an unpleasant odor when mixed with a particular type of material. It takes knowing fabric, and understanding body chemistry, to successfully remove these types of odors. Keeping clean, distilled solvent in the machine can remedy odors from the solvents used. Another approach is to not be in such a hurry to “bag” the garments. Bedspreads, comforters are another source of body odors from human and animal. Drycleaning won’t touch the odor.

One of the bad things about fast service is it requires bagging clothes too soon. Leave the bagging until the very end if you have enough room to let clothes hang. Lot system cleaning does not allow for this. One must have a large area to sort and inspect clothes in to have this luxury. A great risk of trapped odor is from bagging too early. Keep ‘em off as long as possible. That goes for households especially.

I hope this provides some insight into dealing with odors and what you might do to work the problem either through study, rearrangement of your plant and process and hurried bagging.