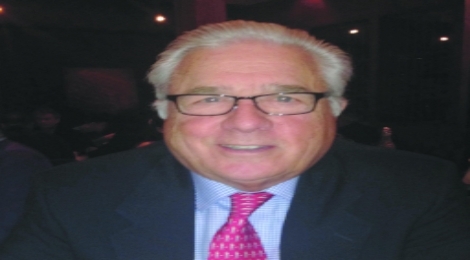 Current Position: Retired. Bill Lucas, 72, recently relocated to a retirement community in Georgetown, Texas. After a successful, colorful and storied 39-year career in the fast-paced world of dry cleaning, he is currently enjoying life in the slow lane.

Pre-dry cleaning: His first job was at H.E.B. Texas Grocery in Corpus Christi, Texas. Lucas mastered the obvious skills needed to work in a grocery store environment. He was a “people-person” and enjoyed talking to customers and helping in any way he could. He began his H.E.B. career as a bagger and was soon promoted to cashier. He studied for two years at Arlington State College (what is now The University of Texas at Arlington). Soon after, he joined the United States Air Force Reserves in Houston, Texas.

Craig’s Cleaners: Lucas met Bob Craig during their time together at the Air Force Reserves. Bob Craig was the owner/operator of a One Hour Martinizing franchise and had his sights set on opening a second location. In 1968, a mutual friend in the reserves suggested to Craig that he hire the gregarious and industrious Lucas to help him expand his vision of a burgeoning dry cleaning empire.

Craig grew wearisome of paying enormous franchise fees to Martinizing and craved a more autonomous business model. The company evolved into Craig’s One Hour Martinizing and eventually received its emancipation in 1977. As the general manager of the freshly liberated and aptly named Craig’s Cleaners, Lucas poured countless hours and creative energy into transforming Bob Craig’s “baby” into one of the finest establishments in the greater southwest Houston area. They were instrumental in introducing the car-hop concept to the dry cleaning industry. “We were one of the first in our region to implement in-car service,” said Lucas. “We would hire high school kids to run out to the customer’s car and grab their dry cleaning bag so that the customer wouldn’t have to get out of the car.”

With Bill Lucas as his right-hand man, Bob Craig opened fifteen new locations from 1978 to 1998. “We liked to open new stores in these highfalutin neighborhoods. It was always our goal from the very beginning to provide the highest quality, give the best service and be the most expensive dry cleaner in the area.”

Live! With Bill and Michael: Craig’s Cleaners had its fair share of celebrity customers. Professional athletes, personalities from the entertainment industry and even national political leaders all benefited from the excellent quality and service provided by Lucas and his staff. However, one of its very own employees was destined to be a superstar. As a teen-ager, Michael Strahan had a brief stint in the dry cleaning business. Strahan was one of those high school kids Lucas hired to run out to the customer’s car to retrieve the dirty bags of dry cleaning. He would eventually go on to experience a hall of fame career in the National Football League and also win a Super Bowl with the New York Giants. After achieving fame, stardom and fortune, Strahan returned to Houston to film a package that appeared on the Fox Sports Network. A portion of the program that aired throughout the entire country on national television featured the impact that Lucas had on the young Strahan during his time as an employee of Craig’s Cleaners.

Writing on the Wall: Men’s Wearhouse bought Craig’s Cleaners in 2006. Lucas stayed on for a short while as Men’s Wearhouse took over operations and re-branded Craig’s Cleaners into MW Cleaners. Lucas transitioned from the warmth of working in a family-owned business to toiling in the mire of corporate America. He realized his days were numbered. The loyalty he was a beneficiary of while working for and alongside his friend, Bob Craig, had come to a merciless end. MW Cleaners didn’t find it prudent to have one general manager to oversee the entire operation. Cost cutting moves by the new ownership forced Lucas’ hand and he retired from the dry cleaning business in 2007.

Work Hard and Play Harder: He is an avid sports fan with rooting interests inclined towards Houston’s professional franchises, especially the Astros of Major League Baseball. When Lucas is not watching baseball, golf or Netflix, his typical schedule usually finds him playing golf twice a week on one of the three golf courses situated on the expansive grounds of his newfound retirement community. As a self-described savant of all things related to spirited beverages, Lucas enjoys the occasional wine tasting experience. Time and space do not allow much to be said regarding Lucas’ proclivities for culinary delights. It should be noted that arguing with him about the superiority of In-N-Out or Five Guys is a waste of time. He has been known for proselytizing on behalf of his favorite, Whataburger.

The Historian: It would not be an exaggeration to refer to Lucas as the original memory keeper. One of his hobbies is taking pictures with a camera. Lucas loves the camera. His personal collection of photographs highlights family, friends and various travel experiences to domestic and international destinations. He had been taking selfies years before it became a mainstay in the American English lexicon. Lucas was also sharing pictures of his meals before the invention and subsequent invasion of social media into our daily lives. He has such a winsome personality that complete and total strangers will agree to appear with him in an original Bill Lucas “Kodak Moment.”

Family Man: That old saying, “A dog is a man’s best friend,” holds true to form for Lucas. His canine companion Zac, a Lhasa-poo, provides a ton of fun moments during the golden years of retirement.

Faith is paramount to Bill Lucas. He is a devout Christian and served as a deacon for many years at Second Baptist Church in Houston. In July, Bill celebrated a wedding anniversary with his wife Pam, the love of his life for 48 straight, consecutive years. They consider their two daughters and two granddaughters as their greatest blessings.