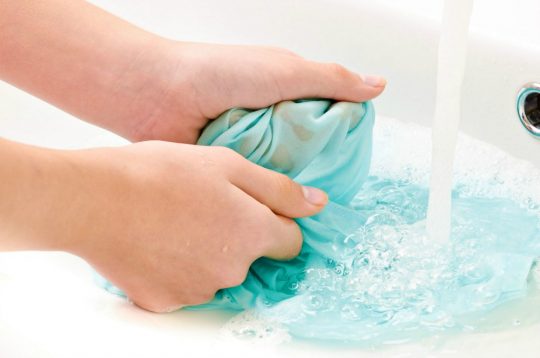 It was prior to 1990 that I began to read about various solvents being developed and would spread across the world in the 1990’s after the 1990 Clean Air Act revision, putting tighter restraints on solvent usage, mostly perc though petroleum would also continue to have restraints as it is going to do so today. This was hardly anything new. Ever since the turn of the century, petroleum generators have continued to grow. Even before then, there were ever evolving chlorinated solvents on the horizon.

So much so even today, nature’s own cleaning substance called water is a leading solvent for removing soils and stains from clothes. All of this time we had the efforts of trying to develop any number of solvents that may or may not be environmentally friendly (I don’t buy into that nonsense) to effectively attack dirt and stains by emulsion of perc or petroleum, H2O and detergent to clean clothes with less efforts. Naturally that cannot be achieved today because of the partial removal of perc from the scene and petroleum is on their list next. But with every type of solvent there are draw backs. You take something away and you replace it with something that may or may not be effective. And remember as I have said before, it really depends on how dirty the clothes in your customer base are. If I were still an operator today, I would be delighted with all the solvent choices and if I were wealthy, I would probably have one of each successful solvent and its drycleaning machine in my plant.

Water is the best solvent (in my opinion) than all the solvents from dinosaurs that God has blessed us with. But water (hopefully) is so clean and carries most of the stains away with proper detergent, temperature and any other additives necessary for a good cleaning machine. It is such a wonderful solvent and yet it too has its problems. Not all fabrics like water and shrinkage, fiber distortion and uneducated handling can trash the clothes pretty easily. User beware. Get an education from DLI in wetcleaning. In days of old we all knew how to use water as an adjunct to cleaning in solvents to finish the job. Thankfully we have modern techniques, machinery and additives to make the job better.

Apprenticing Is Great As Long As You Have The Right Teacher

We learned quickly what is right and what is wrong about stain removal practices. The net under a spotting board usually held the garments that would need wetcleaning after they had been drycleaned and spotted. A gentle short wash to finish the job would follow. Sometimes we would clean again, dryclean after wetcleaning, to render it supple and smooth. How many people today over wetclean after or before dryclean? The job of your teacher was to monitor everything that was held in that net under the board and a good number of them would have to be spotted again and again because water cleaning was not a good option. Wetcleaning by an apprentice sometimes meant that rather than work on the stains, he would simply throw the garment in a wash machine to speed up his work. There is “Professional Wetcleaning” and there is washing (a forbidden word on the counter).

Don’t worry about trying to educate the customer because one in a hundred would be interested. As an educator, I always loved showing a customer, or people outside of our industry, how it all works. But that’s just me. The marginal operators are hardly ever around for the employees or the customers. Guys just peek your head in the door every now and then okay? In history, school folks would learn about prior solvents and practices that ran our industry. Busy, busy drycleaning, laundry and wetcleaning courses among others. A person could well be in school a couple of months back then. Today we are lucky if 30 people show up for a class or association meeting. Such a waste of so many resources. Back in the day, the industry was so busy looking into better chemicals, solvents and practices and laid the foundation for what we have today – great courses, though they have been shortened.

My Hat Is Off To The Industry Greats Of Yesteryear

My hat is off to those fellas. Sadly, some of the absentee owners today have so little knowledge or burning desire to learn that they couldn’t even “teach a hen how to cluck.” And the employees suffer because their boss won’t invest in making them better cleaners, pressers, counter folks, etc. Most of the bygone greats have left us and we carry on with what we have. Times change and newer ideas evolve. I am not against progress in a technical way. Science is one of the few proven entities we have. But I can also recognize regress when I see it. Most of those ideas come from the heart and soul and they are not perfect.

I Hate Waste Of Any Kind

I am an environmental person. I am also not an activist and I don’t think climate changes mean much since history has shown lots of climate extremes over the centuries. History repeats itself and we either learn from it, evolve with it or as they say, “we get left behind,” I only believe that some of our social changes have evolved from a bad place. People are proud but we can also be lazy and sometimes that is at the expense of common sense, courtesy and decency or just plain good business practices. I observe Earth Day every April 12th and I don’t throw trash on the ground. That is about the best I can do for our environment. We want to leave future generations a clean earth.

It appears I have rambled all over the place with this article, but it was intended to pay homage to solvents and their history as well as how we have evolved as environmentalists in our great industry. I hope you enjoyed.

I’m headed to the wagon now, these boots are killin’ me!