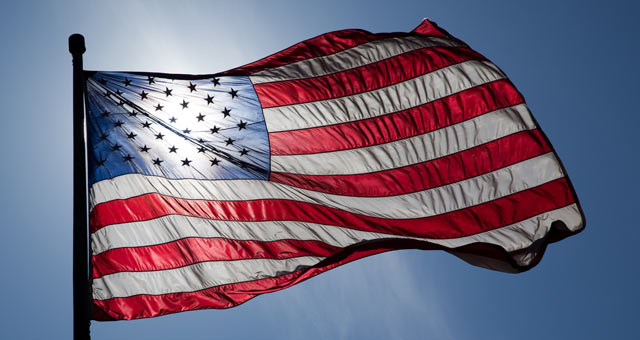 By the time you read this Memorial Day will have passed, along with all the amazing displays of patriotism around the country. This year the Southern California Cleaners Association decided to participate in honoring their members that have served in the Armed Forces.

For the third year, the Glendale Sunrise Rotary Club, along with Forest Lawn Glendale, presented Glendale Field of Honor. What a heart stopping moment it was to see 1000 flags, 8 feet high, waving in the breeze. Each flag honored Veterans, Military Personnel, First Responders, or any Hero of your choice. The flags were purchased individually, or by a sponsor, which is what So Cal Cleaners Association did. The funds collected are put back into the community as well as Veterans’ organizations. The event, however, is free to those who want to come and walk through the Field of Honor. Thousands of people come over the weekend.

The event took place from Saturday, May 18th through May 28th. Each day there was something – displays of military vehicles and uniforms dating back to the Civil War as well as speakers sharing stories of their experiences. Ray Rangwala of Esteem Cleaners and CRDN is also a Rotary Club member who donates his warehouse for storing and assembling the flags. “It is quite a sight to see,” Ray chuckled. “ You can see it occurring on a video at the website www.glendalefieldofhonor.com. It takes 50 people an entire weekend prior to the event to put up the flags” Ray also indicated that during the week of displays, local school children are taken to the site to learn U.S. history.

I had the privilege of speaking with three SCCA members who served in the U.S. Armed Forces: Barry Fein, London Cleaners, Los Angeles; Barry Gershenson, Executive Coordinator-Leading Cleaners International; and Gordon Shaw, Hangers Cleaners, San Diego. I wanted to share their experiences as well as thanking them personally for their service.

Barry Fein always knew he wanted to serve his country. He joined the NAVY at the age of eighteen. The Viet Nam war was raging and he knew there was a definite chance that he would end up there. “It was a tradition in my neighborhood to join. Six of us either joined or were drafted,” Barry recalls. He signed on for 2 years active, 4 year reserve. Boot camp was spent in Coronado. He went to survival school there. Then onto Camp Pendleton for tactical and small arms training. Viet Nam was Barry’s next stop. He was there 14 months. Shifts were for 24-hours then 12-hours off. He served there during two campaigns. His base camps were Can Tho and Nah Be. He was responsible for perimeter patrols. “Four times a week, in the early morning, our base camp would be have incoming rockets and mortars. It was a heck of a way to wake up,” Barry laughed. As most of us know, the Viet Nam Veterans were not welcomed when they came back from that thankless war. I asked Barry how he felt about that. “I have always been so proud of my service and wished I could have done more. When you see other soldiers die, you always ask yourself, why him and not me. That stays with you.” This brought tears to my eyes.

Barry Gershenson joined the Army Reserve as a senior in high school. He was required to attend a meeting once a month for two hours. “After high school, it was required to attend college as a full time student in order to participate in the program,” Barry smiled. “ They really watched so you were unable to “stretch” your college time. I tired but they found I was taking fewer units than I should have so, in March 1961, I was sent to Basic Training for 6 months.” Basic Training was at Fort Ord, CA. Every summer, there was a two week training camp as well as two months service. Barry was assigned to various tasks. He coordinated supplies at one point and was assigned to the data processing unit another time. “What a difference in the data equipment in those days,” Barry remarked. I asked Barry how he feft about his service. “I found it incredible and very valuable. I learned to be independent and when I was discharged, I had the skills to move out on my own.”

Gordon Shaw was a product of the 1st draft lottery! “I found out when reading the paper the next morning after the draft lottery. The Wilmington Journal headline “First Hundred Numbers of the Draft”. My birthdate was #100 on the list! Projections indicated that they would be taking up to #250 so there was a very good chance I would be drafted.” Gordon was going to college full time so he decided to join the Navy Reserve ROC (Reserve Officer Candidate) program. He was accepted into the program and in 1970, Gordon walked into the Naval Center in Rhode Island. “There I was with my long hair, moccasins and bell bottoms. After they shaved my head, I remember walking into the dining hall and the music playing was “American Woman, when I hear that song, it still brings back memories, Gordon remembers. Gordon spent around 8 weeks there. He took many interesting classes and spent much time driving around yard patrol boats. Then it was back to school (college) in 1972, he was assigned to a mine sweeper in Viet Nam. Fate intervened and those ordered did not materialize. Instead Gordon was assigned to the USA Bauer. This ship toured the West Coast and Gordon was Officer of the Deck. He got to steer the ship and had a scary experience in a severe winter storm. He was then assigned to a Korean Destroyer for two months, the the USS Kitty Hawk. He was in the Philippines as well as on a supply ship that would cross the Indian Ocean. He ended up off the coast of Iran. For 2 ½ years, Gordon was an Air Transfer Officer working on a flight desk. His service ended New Years Eve in 1975 which also happened to be his birthday!

I have enjoyed sharing these stories with you. I apologize to Barry, Barry and Gordon if I left out important parts of your stories or misspoke at any time. I am so proud to call you my friends.

If there are other members of our industry I have not mentioned, we are representing you and any family members that have served. Thank you Ray and the Glendale Sunrise Rotary Club for presenting such a wonderful program.