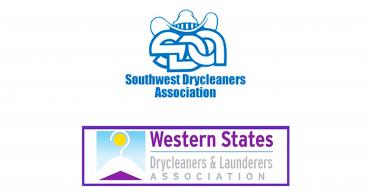 In late August the Western States Drycleaners & Launderers Association (WSDLA) and Southwest Drycleaners Association (SDA) Board of Directors met to discuss the input received from members of both associations regarding a potential merge. While reviewing the responses to the official letter sent to both membership bases, on July 18, 2022, it was determined that ¾ of both associations BOD’s were in favor of merge either in writing or with a vote cast verbally during the meeting.

New Arizona and Nevada members can expect three in person membership meetings with excellent education opportunities and networking events that will rotate among ALL the states. All members will have free registration to the Cleaners Showcase 2023, scheduled for April 28th – 30th in Irving, Texas (Dallas area). This will be the only regional equipment trade show scheduled in the U.S. for 2023. In addition, members receive a monthly newsletter and biannual magazine, the Southwest Press Magazine. Obviously, members will continue to reap all the benefits from DLI (Drycleaning and Laundry Institute International), like the peer to peer Zoom calls, webinars and the DLI School of Drycleaning, to name just a few.

Planning for a Fall 2023 Board Meeting, Educational Session and Networking Event(s) in the Phoenix metropolitan area has already begun. There are also very preliminary discussions playing out that revolve around the idea of a 2024 Table Top Educational Conference in Las Vegas, Nevada.

As customary when adding new states, SDA is extending seven board of director seats for cleaner members to WSDLA so the new states will be well represented, especially during this transition. If you are a cleaner member in Arizona or Nevada and would like to serve on the board, please contact us.