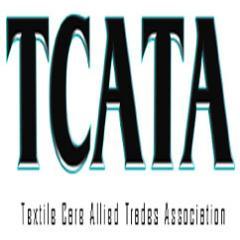 With attendance up 18% over recent conferences, Textile Care Allied Trades Association’s (TCATA) 2013 Annual Management & Educational Conference was a big success. The meeting was held from July 31st to August 3rd at the Rancho Bernardo Inn in San Diego, California.

“One of the best conferences I’ve ever attended.” “Real, tangible information provided by the speakers.” “The networking keeps getting better and better,” were some of the comments made by attendees.

Over 20% of those attending the Conference were there for the first time. “I was very pleased to see such a strong attendance of ‘first timers’ at the conference – the involvement of so many new people in our industry is a good sign for the future of TCATA,” stated Bryant Dunivan, TCATA president.

Covering a wide range of topics, the business program received high ratings from attendees. Speakers featured in the program were Beth Ziesenis, who addressed low cost or free technology tools for busy executives; Barry Maher on improving communication skills; and Mike Marks on how to survive in the “new normal.” Several attendees commented that they plan to immediately implement several ideas they picked up from the speakers.

A special highlight of the conference this year was a dinner held at nearby Marine Corps Air Station Miramar, where attendees had an opportunity to see jet fighter planes and mix with active duty personnel. One attendee commented that they really enjoyed having a pilot join their table for dinner. A portion of the fees paid to the event management team, as well as sales of t-shirts, caps and military memorabilia, goes to a charity fund for the Marines.

The meeting ended with a closing dinner where conference chair Kim Shady of Laundrylux, thanked all committee members, and president Bryant Dunivan presented awards to two companies that have anniversaries of their membership in TCATA this year:

The 2014 Conference will be held April 30th – May 3rd in Naples, Florida at the Ritz-Carlton Golf Resort.