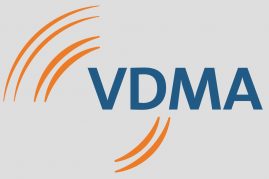 Top issue Industry 4.0 as key driver of the sector

German manufacturers of laundry and textile cleaning technology are looking back on two successful years: in 2014, incoming orders were up by 17 percent in real terms on the results of the previous year, sales increased by 34 percent in real terms. Also in 2015, sales rose by 5.5 percent compared to the previous year. Only the order income dropped slightly by 2.6 percent in 2015, compared however to a high prior-year level. Likewise, exports were increased by 2.4 percent in 2015 from 404 million Euro in 2014 to 414 million Euro in 2015. During the first 4 months of the current year 2016, the sector increased both order income and sales: sales grew by 2.8 percent compared to the previous year, incoming orders achieved an increase of 11.6 percent.

Industry 4.0 as key driver of the sector

Currently, German and European manufacturers of laundry and textile cleaning technology are confidently looking forward to the Texcare International trade fair. Texcare, the world’s key technology platform, opened its doors in Frankfurt from June 11th to 15th, 2016 and is deemed to provide positive impetus on the sector. A top issue will be Industry 4.0 and the sector’s ongoing digitalization being a key driver of laundry and textile cleaning technology. Industry 4.0 is already omnipresent in the textile care sector: for example, reassigning the always traceable laundry to its individual user after its user-matched cleaning has already become standard procedure for textile service. Further examples are linen cupboards notifying their running short of linen stock or apps offering traceability of textiles at any time.