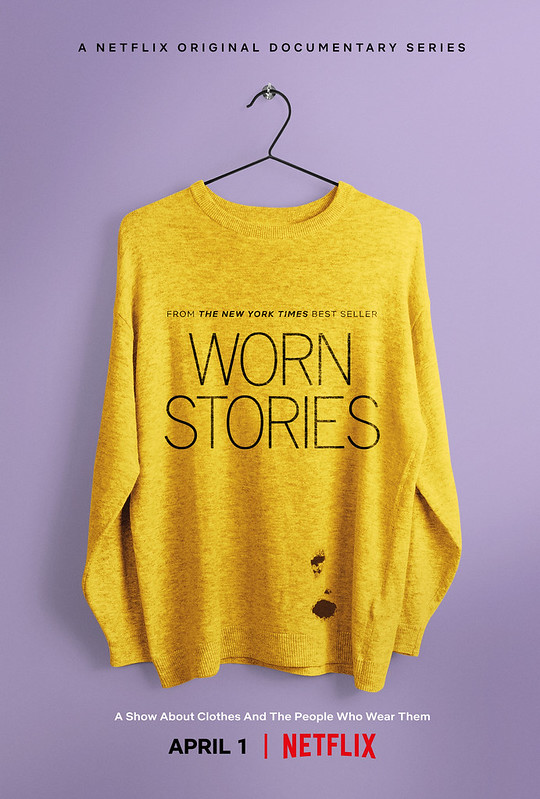 Las Vegas’ family-owned dry cleaner known for its superior service and care for the finest clothing and fabrics which celebrated 50 years in business in 2020, is featured in Netflix’s new original documentary series, “Worn Stories.” Adapted from Emily Spivack’s New York Times best-selling book, the series explores the connection between clothing and memory and features a mix of dynamic interviews with inspiring cultural figures and storytellers.

The Las Vegas episode titled “Chance” premiered on April 1, 2021 and includes notable Las Vegas Strip performers of past and present, as well as Tiffany Couture Cleaners and the dry cleaner’s esteemed delivery driver, Joann Matarazzo. The episode, which is the sixth episode of the eight-part series, includes beautifully animated sequences and explores new ways for viewers to think about their clothes, themselves and their shared human experiences.

With more than 50 years of experience as the city’s top choice of wardrobe managers, who trusted Tiffany to care for their entertainers’ elaborate show costumes, Tiffany Couture Cleaners was contacted by Netflix producers to participate in the documentary in December 2019.

“It’s a funny story, actually,” says Judy Del Rossi, co-owner, Tiffany Couture Cleaners. “The producer called us multiple times but Dan [Del Rossi’s husband and co-owner] turned them down. Finally, we understood it was a Netflix production, had a call with the producer who convinced us it was a good opportunity, and we agreed to participate.”

Although Tiffany Couture Cleaners participated in the filming of a reality TV show in the past, the project never came to fruition. “Worn Stories” represents the first project of this size in which the company was featured. Filming initially began with a week-long shoot in February 2020. Producers then returned to Las Vegas in July 2020 to finish filming additional components of the episode.

To help bring the story to life, Netflix producers selected Tiffany Couture Cleaners delivery driver Joann Matarazzo, otherwise known as “JoJo.” According to Del Rossi, the show’s producers fell in love with Matarazzo’s personality immediately, spurring them to rewrite the script and make her the central character of the episode.

“The reception has been amazing, not just for our customers but also for family and longtime East Coast friends who watch it and enjoy seeing us,” said Del Rossi. “My favorite part of the episode is the beginning, when the overhead door opens, and our production plant comes to life. I am so proud of what Tiffany Couture Cleaners has become.”