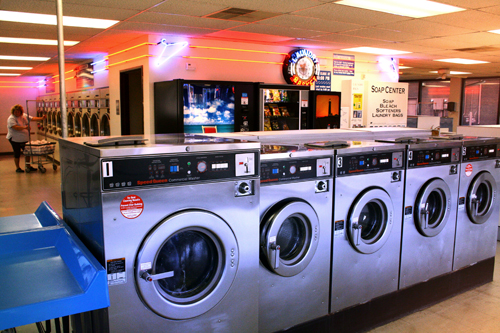 The Coin Laundry Association’s “Make Your Move” Committee recently announced the result of its efforts to determine an accurate estimate of the number of retail, self-service laundries in the United States. Due to the fragmented nature of the laundry business, it has been difficult to reach consensus on the number of facilities in the country in the past.

The Committee, named for the presentation offered at the 2012 Excellence in Laundry conference by leading economist Alan Beaulieu, employed several tactics in arriving at an estimate of 29,000 laundries in the U.S. Among these tactics was a survey of commercial laundry distributors across the country who offered good estimates of the local laundry population. These survey results were interpolated with numbers gathered from the U.S. Business Census, online directories and the association’s own database, among others.

This effort to reach a solid estimate of the total number of laundries in the U.S. comes as part of the Committee’s larger target of developing a set of “leading indicators” to assist laundry owners in planning for the future.

“It is important to seek out key data points which each of us may use in making vital business decisions,” said Tom Rhodes, Chair of the “Make Your Move” Committee. “We hope this is just the beginning of the Committee’s work to bring the future into better focus for our members. We thank all of the distributors who contributed their estimates to this project. Without their help, we would still be guessing the number of Laundromats in the United States.”

CLA plans to repeat this census effort every five years and report an updated estimate to the industry.

Established in 1960, the Coin Laundry Association is the only national trade organization that services the self-service laundry industry. The association’s primary goal is to advance the industry for laundry owners and their business partners, along with the consumers that benefit from using a local laundry. The CLA currently counts approximately 2,300 store owners/investors among its membership.