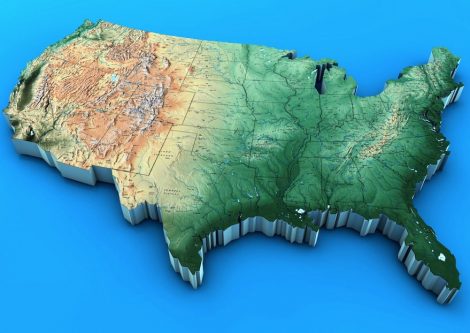 It’s time for an update on PFAS. In the January 2020 edition of the Cleaner & Launderer, I discussed an emerging contaminant group called fluorosurfactants, otherwise known as perflouoroalkyl substances or PFAS, in the article subtitled “PFAS is New Bad Guy in Town.” As a refresher, PFAS are a wide group of engineered chemicals originally created to lower the surface tension of water. This led to their use in commercially available water-proofing chemicals, which some dry cleaners used as a part of their service to customers. Additionally, retail versions of the waterproofing products became available to consumers. Environmental regulators hypothesize that during the commercial cleaning process, some of the PFAS from waterproofed garments and materials enter the waste solvent solution. As such, they postulate that anywhere an environmental release of drycleaning solvent to the subsurface has happened, the presence of PFAS is also possible because materials treated with related products may have been cleaned at the facility. Further, the drycleaning operations that actually performed waterproofing are more suspect of potentially having contamination directly from waterproofing spills. I recommend rereading the January 2020 article, because I also presented the state of regulations at that time and especially how they were impacting dry cleaners.

I sat down with Rob Hoverman, EnviroForensics Northern Midwest Regional Director located in our Wisconsin office, to talk about how the State of Wisconsin is currently addressing the potential for PFAS to be associated with environmental releases of Perc and other solvents at drycleaner sites. Rob is one of our subject matter experts on PFAS issues and is currently embroiled in this issue on behalf of our Wisconsin drycleaner clients. Wisconsin is one of the states on the leading edge of PFAS regulations, and they don’t seem to be excluding anyone from the regulation process. We’re looking at this from merely a reporting standpoint, so that we can keep you informed as the PFAS regulation process develops across the country.

With federal screening levels still in draft form (and likely to be as such for many years), can state screening levels for PFAS be enforced? Without federal oversight and a uniform approach, the varying regulatory programs indicate the necessity to define risk, balance costs and determine predictable remedial outcomes. This scenario is very similar to the conundrum we faced with vapor intrusion regulations ten years ago. Lack of finality at the federal level forces the states to move on their own accord using the methods they feel make the most sense. When emerging contaminants, or exposure pathways in the case of vapor intrusion, first come to light, the regulators may have a tendency to be more conservative out of an abundance of caution. I think we may be seeing some of this now with PFAS.

In our case study of Wisconsin, the Wisconsin Department of Natural Resources (WDNR) asserts authority as defined by state statue to require the development of site-specific cleanup standards by a responsible party (e.g. the drycleaner). This, in effect, creates a situation where the state regulator serves its primary objective to protect human health and the environment from this emerging contaminant (i.e. PFAS) by demanding that sites with known releases of other contaminants test for the presence of PFAS. Then, it is up to the responsible party to establish a cleanup objective using screening levels that haven’t been finalized. It’s truly a difficult and frustrating scenario.

Partly due to its newness, sampling and analyzing for the presence of PFAS is expensive; especially as compared to the cost of sampling and analyzing for Perc. The current list of PFAS compounds is at 36 and has changed continually since regulation began. The act of collecting samples costs several hundred dollars per sample and requires a minimum of three analyzed laboratory samples, which includes one field sample and two analysis blanks, per the currently accepted U.S. EPA test method. The extra quality assurance samples, like the blanks, are necessary because PFAS in groundwater have been found to be so ever-present in the environment and the extremely common nature of PFAS in clothing, personal care goods, common commercial and household goods and food containers.

According to Rob Hoverman, one of the most troublesome developments from the WDNR has been an actual denial of a regulatory closure request due to having not sampled for PFAS in groundwater at the site after reaching the remedial objectives for a release of Perc. We have some drycleaner clients who are in no hurry to receive such denials, so they’re postponing their closure request altogether until the PFAS regulatory scenario develops further. Not an ideal situation for the regulated community or the regulators.

There may be some reasonable news here, in that what the WDNR is asking for is an assessment of the potential for there to have been a release of PFAS along with any other release from a drycleaner operation. If we want to focus on waterproofing products as the primary source of potential PFAS problems, then a concise explanation of the operational history of a drycleaning business over the years making a demonstration that waterproofing was not performed at the location may be sufficient to serve as that assessment. If waterproofing services were offered, then the assessment would most likely need to consist of sampling. WDNR representatives recently suggested that the current line of thinking as to the occurrence of PFAS at sites with Perc releases to the environment is correlated to mishandling of still bottoms. The logic is that since PFAS compounds are not volatile, the distillation process would have concentrated and PFAS that came from garments treated with waterproofing products within the still bottoms. As such, there could also be a reasonable argument to be made against actual sampling during a PFAS assessment if the subsurface Perc data indicates that the release originated from some source other than still bottoms.

As the regulation of PFAS continues to coalesce over the coming months and year, I’ll provide periodic updates in this article. Stay tuned to the Environmental Corner in 2021 for up-to-date reports on how State regulators are reacting to this important issue for dry cleaners.