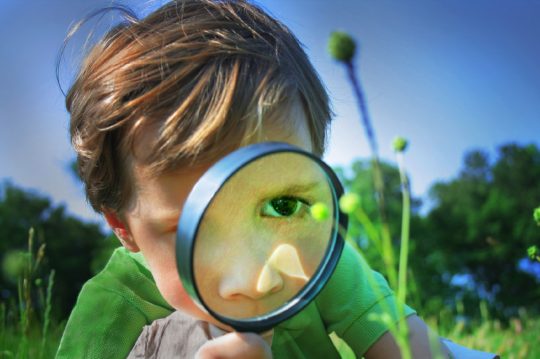 In my role as President of an environmental consulting firm, I have the opportunity to meet new people and introduce our company to folks outside of the environmental industry. It’s common to get quizzically raised eyebrows from new acquaintances as I tell them that the name of our company is EnviroForensics. The wheels in their heads start turning and I can see they’re attempting to get a grip on what it is that EnviroForensics does.

According to Merriam-Webster, the word forensic literally means “relating to or dealing with the application of scientific knowledge to legal problems.” In the world of environmental contamination, those who are responsible, and those who are being blamed, are in a legal situation. The liability that gets assigned by environmental regulators, other affected property owners, and perhaps those that have suffered health effects from contact with contamination is a legal liability. In these civil matters, the primary impact of legal liability is money; money to pay for environmental cleanup, money to offset a reduced value of an impacted property or even money to offset health effects or injuries of exposed people.

Environmental Forensics Can Solve the Case

Let’s set up an example of a typical scenario, in which a dry cleaner has been identified as a potentially responsible party (PRP) for an environmental contamination issue. Then we can walk through a few ways that environmental forensics will help answer the key questions of the case.

An example time line of dry cleaning operations illustrates those who may have contributed to contamination. Even if a dry cleaning business no longer uses perc and has changed out the machines, they can still have liability from historical operations.

Now let’s add some legal liability to this scenario. We’ll say that the owner of a commercial property next door to the dry cleaning business was trying to sell their land, and through their real estate due diligence Phase I and II Environmental Site Assessment, it was discovered that the groundwater beneath their property is impacted with Perc. Immediately, the owner of the adjacent property filed a lawsuit against DCBNew and demanded financial compensation for decreased property value. On top of all this, the state regulatory agency was notified, who has now sent a letter to DCBNew stating that they must investigate and clean up whatever is found, as well as the neighboring property. This is the point where stress starts to run high for DCBNew, and rightfully so because they are now charting into unfamiliar territory with previously unknown legal liability and are under a time line to meet the investigation and cleanup demands set forth by the state regulatory agency.

If DCBNew had been the only operator at the property ever, it would be pretty clear that they may be the sole responsible party. However, we know that there were two previous dry cleaners, DCBOld and DCBOriginal, who used Perc at the property, and they may bear some responsibility as well.

The first forensic analysis of this situation can be performed without much science at all. An understanding of the history of the dry cleaning industry gives a lot of valuable insight about who is most likely to have contributed the most to the subsurface contamination at the property. Generally speaking, it is more likely that significant releases of Perc would have happened during earlier dry cleaning operations. This is due to three main factors:

1.  The dry cleaning process and equipment improved over the years and less Perc was lost;

2.  The environmental regulations increased over the years that required operators to manage their process more stringently; and

3.  There has been an increasing level of understanding of the environmental hazards associated with Perc usage.

All of these resulted in an overall decreasing trend in new Perc contamination.

The time period when DCBOriginal operated at the property from 1950-1980 corresponds to the First Generation transfer dry cleaning machine process. This process involved a tank of solvent that was used to fill the washing machine and afterward the clothes were physically transferred to the drying process. The First Generation process provided plenty of opportunities for Perc to be spilled or dripped onto the floor and into the ground. It is also possible, however, that DCBOriginal may not have used a transfer machine. This is the type of evidence that comes to light throughout the environmental forensics investigation.

In the example scenario, DCBOriginal also used Stoddard for 10 years (1950-1960), and then switched to Perc. They would have had to buy a new machine around 1960, which was the early days of the Second Generation dry to dry machines. Dry cleaning that used dry to dry machines was a much tighter process, but there were still lots of releases of Perc from the solvent recovery and waste handling procedures.

The example scenario walks through the operational time line of the dry cleaning businesses to better understand the factors that can affect the outcomes of the environmental contamination case. If DCBOriginal from 1950-1980 released more Perc at the site than DCBOld from 1980-1990, then DCBNew needs to be proactive with this issue and work with their experienced legal and environmental teams to make sure that these former businesses take on as much of the financial and legal burden as they deserve.

Through the use of geological and chemical calculations and measurements, forensic scientists are able to read the site conditions and start to tell when and where the contamination may have originated. When the scientific information is coupled with an understanding of the history of site operations, such as the locations of all former operators’ dry cleaning machines, then the details of environmental releases at the property really start to reveal themselves. This helps create a defensible picture that includes how much contamination was contributed, by which past operator, and how the cleanup costs should be allocated to the responsible parties.

In the example scenario, DCBNew should be cautious about simply blaming all the former operators at the property because they very well may have contributed to the contamination. Even if the dry cleaning business started operating in the 1990s with a Fourth Generation machine, it’s possible that there may have been Perc releases. I’ve seen plenty of cases where a Perc release was found beneath a dry cleaning business and the operation had only been there for two years. Machine maintenance, waste Perc handling practices, contact water handling methods, filter disposal and even spotting procedures are all areas that could cause potential problems.

What Can A Dry Cleaner Do?

When a dry cleaner finds themselves staring in the face of an environmental contamination problem, stress can run high. There is a lot at stake. If there are former dry cleaning businesses who operated at the same location, there is a good chance that they can be invited as a responsible party.

Ultimately, remember that this is a legal situation. Expert attorneys and scientists should be involved to help navigate the situation. The good news is that if you are able to find old commercial general liability (CGL) insurance policies, there could be assets to pay for an expert attorney and an environmental forensic scientist of your choice, also known as, an environmental consultant.