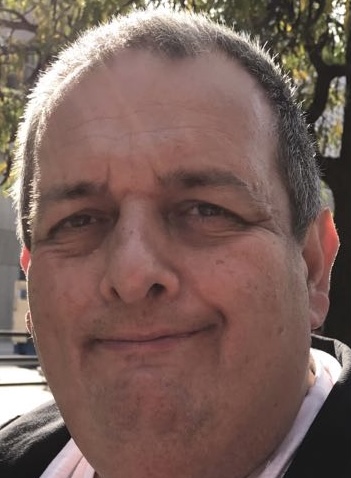 Sadly, as up-to-date as any dry cleaning or laundry company might be on their technology front, there is no getting away from the fact that physical actual work needs to be undertaken in order to process the items. Unless at some future time and date – I sound like a Trekkie now – people wear virtual clothes or sleep in virtual bedding.

So what point am I trying to make? Well, with the physical processing of textiles comes the necessity to use solvents and energy. The costs of energy is forever going up and being scrutinised for its carbon footprints and the usage of solvents is also under constant attention and at some future date solvents derived from the petroleum industry is bound to be outlawed.

This is where the increasing clamor comes in by those who swear by wet cleaning. Advertised as being a much more environmentally sound method of cleaning that previous solvents – water is legally classified as a solvent too – it is seen as the future. As someone who has been involved in wet cleaning for over 25 years and dry cleaning for over 50 years I cannot possibly be the only person to come up with this thought.

Water is a most precious commodity and is in short supply in an ever increasing number of countries and water rationing is a very real part of life in these places.

There are already cities that have been on the verge of running out off water which is know as “day zero,” and this includes large metropolitan areas such as Cape Town in South Africa.

I have not intended to start the year off for you as the messenger of doom and gloom. I am just suggesting that your business strategy for the future needs to take this into account.

During the many years of Bradleys Dry Cleaning we have received many thousands of telephone calls asking for advice or assistance.

One of the most memorable calls was from a gentleman who stated that he had a very high value wedding dress that had been on public display and was perfect and clean apart from “mystery black specs” on the shoulder areas and wondered if we could remove them without cleaning the entire item.

It was of course one of those calls where I had to suggest that the only way of telling was if one could physically see the item and arrangements were made for the item to be brought to our premises. We were busy in the shop anyway and I never gave the call too much thought as wedding dresses in particular were often of great sentimental value as well as financial value, so a call regarding the careful cleaning on such an item was not uncommon.

It was only when the dress was brought in, accompanied by a liveried male that the value and significance of the dress was revealed, as well as the nature of the staining matter.

The dress was the centerpiece in a public display of royal wedding dresses but it had not just been admired by the public, from whom it had also been protected. It was also admired by the odd fly from which the dress was not protected and which landed on the garment, and of course having no respect for its royal connection, – after all it was a fly – who had proceeded to use the upper areas of the dress as its own “bathroom.”

When I very politely explained what the marks were, I was not immediately believed. Luckily as part of my counter inspection kit I kept a 1500X illuminated magnifier. When I had the spots magnified to the fullest extent, I asked the very nice gentleman if he wanted to look, which he did. His face was a picture when he saw what can only be described as disgusting looking fly poo up close and personal, and on this particular dress of all things.

We were then asked if we had insurance enough to cover the item whilst it was in our premises and after promising that I would do my very best localized stain removal work on the dress without cleaning the whole thing I took it out the back to work on later.

I believe that a vital part of any dry cleaners arsenal on the pretreatment area is a water/air gun with fine nozzle and adjustable trigger pressure. Used at a 45 degree angle to the areas of the fabric with the fly poop on it, made satisfyingly easy work of removing the offending insect detritus.

When I made the call and the dress was collected, to say that they were delighted with the results is somewhat of an understatement. I am sure that you will agree that there are stains that all you experienced cleaners know is removable without too much difficulty, but hardley any of us ever tell the customer that as it is far better to under promise and over deliver.

Oh, and which member of the Royal Family has worn the dress?. Unfortunately, dear reader, that information is the part of this story that I cannot reveal as I had to agree to keeping that confidential.

What do you keep by your spotting table?

I suppose that some people might consider that my spotting “tool kit” is a bit excessive, but I have in fact found it all useful over time. I am sure that you are all familiar with the items but some of them might surprise you.

Here is my spotting table set up and what I believe is able to treat anything you need, I am not including spotting agents / spotting soaps in this list, as everyone has their favorites.
Spotting table with:

Mutax Brush – I would highly recommend every cleaner to go onto eBay and buy one of these 100 plus year old brushes. They were originally sold for valets or maids to use on clothing. They are cheap and they are wonderful and they also look so cool. They usually consist of a brass hollow metal handle with hogs’ hair bristles. The hollow handle has a cap into which a white spirit was poured and hogs’ hairs being hollow, the act of brushing the garment caused the spirit to be released from the hogs’ hairs and brush away greasy or oily stains. I found it works really well with solvents used instead of spirit.

1500 x illuminated magnifier linked to a laptop – for being able to look at fabrics and staining at high magnification.

View all posts by Howard Bradley →