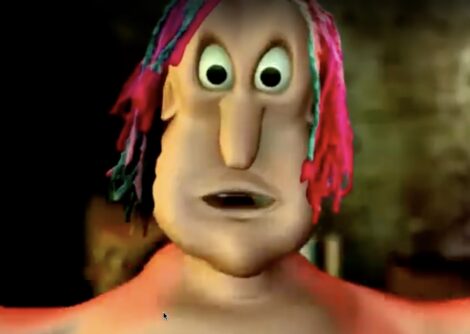 Recently, cleaning up in my basement, I came across a couple boxes filled with books. These were books I had bought back in the day. Some were old, old, old books, such as Scientific Advertising published over 100 years ago. Another was ‘The E-Myth’ written over 20 years ago.

As I massaged the covers, and flipped open pages, I felt myself being drawn into these books all over again. The words kept jumping off the page, and settling deep, deep into my brain. I found myself brewing up a pot of coffee and settled into the couch to spend a few hours with some old friends. Much to my wife’s chagrin, my few hours of ‘cleaning up the basement’ ended up being two weeks immersed in a cover to cover reading marathon.

That’s one of the nice things about books, a real good topic can become a time traveling Ark, filled with timeless knowledge. The printed word seems to have so much more permanence than digital because once ink hits paper; it’s there for as long as you store it. I can’t say the same for eBooks, blog posts, and the like as digital content is only as good as batteries powering it or the web site hosting it. Files (and content) is deleted often, and very often, lost forever. It’s one of the reasons why I’m so very glad the Cleaner & Launderer also offers a printed copy as I like to think there are still people out there that clip an article, they find particularly useful and save it in a filing cabinet. Clipping and saving articles is something I’ve done myself for over 40 years, if you are not doing the same, I’d recommend starting.

Now why would one read a book that is over 100 years old, written long before the modern age of computers and the Internet? Well, there are many ideas in an old book like Scientific Advertising that is just as relevant today as when those words were first printed and published over 100 years ago. Many of the advertising concepts written about, explained and explored in great detail within those pages are timeless. We all stand on shoulders of giants, and there is much we can learn from those who went before us.

As a case in point, I was born in the mid 1960’s. Television had replaced both radio and newspaper as THE medium for delivering the message. At the time, there was a huge shift occurring within the telecommunication industry where TV was becoming the dominant media of choice for communication to the masses. It wasn’t until years later, in audio-visual club in high school that I first heard the words by Marshal McLuhan that ‘the medium is the message’. While we learned how graphic design, print, audio and visual could convey thoughts, education, and entertainment, I was subtly exposed to the powerful concept that regardless what media is being used to deliver a message, ultimately that medium used becomes the message. Little did I know that decades later, as the first desktop personal computers began to spread into businesses and homes, once again, ‘new media’ would take over and replace ‘old media’. The principles of communication themselves had not changed; only the media delivering it had. An email message, a web page, a blog post, social media, even a text message, all still had the same function, be it informational, educational, or even a commercial advertisement. The media IS the message, still.

Over 30 years ago, a certain French word burst out onto the scene. Suddenly, it seemed the word ENTREPRENEUR was everywhere. Greed was good and being in business or being self-employed was where it was at. Well, to be honest, big hair and shoulder pads was also a big deal, so take it with a grain of salt. None the less, it seemed EVERYBODY was chasing opportunity to participate in the capitalist system by founding or developing a franchise, or business concept, or actual business. I picked up a book with a blue cover, and a strange title: ‘The E-myth. Why most small businesses don’t work and what to do about it’. I didn’t think there was anything wrong with small business and certainly nothing wrong with my small business. I was perfectly content working 120 hours a week struggling through each and every day because six and seven days a week because, well, honestly, as everybody knows, small business takes work. After a couple chapters of reading Michael Gerber’s words, I realized that I had serious problems. Michael Gerber was absolutely right. Small Business wasn’t, and to a great degree today, STILL isn’t working.

Michael Gerber had developed a very simple approach to small business, and business development. Michael breaks down every small business into three types of personalities:

The problem in small business is, usually ONE of these three personalities becomes the dominant one. In the case of drycleaners, it’s typically the technician, reporting to work every day, cleaning, pressing, knocking farts out of pants, assembling orders, racking and delivering those orders, with most of the day spent with their head in the laundry basket or dry cleaning machine. There is little time spent business processes, advertising, developing administration programs or looking at their profit and loss statements.

So, what does the book recommend doing? Well, that specific question has kept me writing and working for the past 30 years. I was one of those few folks who picked up the phone and called the Gerber offices in Petaluma, California. I signed up for a weekly teleconference call, and the E-myth small business development program. I wish I could share the contents of that one box in my basement, but frankly, it’s going to take me the rest of my life to share all that I learned. Even after 30 years of writing, I’ve only scratched the surface. At a couple pages per issue, I doubt I will ever finish revealing everything I learned from the E-myth book.

But I can tell you, there are certain processes you can learn, master and put to work in your business that can create empires. Seriously. Look at the McDonald brothers; they built a fast food system that Ray Croc took into billions and billions of dollars. Those same development tools are just waiting to be deployed in the dry cleaning business, laundry business, pick-up and delivery business. I know a small group of folks who are busy beavering away within their businesses deploying these techniques, and results are impressive. The biggest investment is time, and many of you are already spending insane amounts of that working IN your business instead of ON your business. Keep an eye on this space, as I’ll keep on sharing what I know and what I find. More to come…

Darcy Moen opened his first drycleaning shop at the age nineteen. Over the next sixteen years, he built his first 600 square foot plant into a chain of 5 stores, creating and testing his own marketing programs along the way. Darcy is a multi-media marketer, working in digital signage, video, print, direct mail, web, email and is a social media expert certified by Facebook for Pages, Insights, and Ad systems. Please visit www.drycleanersuniversity.com View all posts by Darcy Moen →