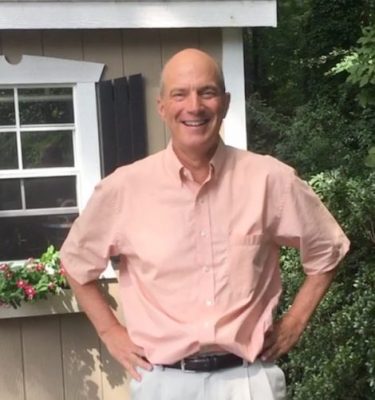 Current Position: Bill Carli, who turns 60 this month, is the owner of Kleerwite Chemical in Richmond, Virginia.

The Business: Kleerwite Chemical has consistently produced quality chemicals for the dry cleaning industry since 1948.

The mission at Kleerwite Chemical is to provide dry cleaners with superior chemicals as well as the necessary education and consultation to help owners and operators grow their business and become more profitable. Carli stated that Kleerwite Chemical only develops unique products that are different from other marketplace products.

“To help dry cleaners become more profitable, we will only develop and market chemicals that will either reduce labor, reduce supply costs or provide an advantage to the consumer,” said Carli. “This should allow the dry cleaner to realize a higher price for the service they perform.”

The Early Days: A self-described, “shy, mama’s boy,” Carli was the youngest of three siblings growing up in Richmond. “Up until the third grade, I was not too interested in school, but I had a wonderful teacher, Sister Da Laselle, who brought me out of my shell,” recalled Carli. “I became a pretty good student from that point on.”

He confessed that he was “decent, but not a great athlete.” Carli played baseball, basketball, tennis and football. “I played one year of little league football but quickly learned that I didn’t really like getting hit,” he laughingly admitted.

Carli attended a Catholic parochial school through eighth grade and then a Catholic military high school before going to college at the University of Virginia, where he majored in Economics.

Fondest Memories: One of Carli’s favorite recollections from his early years is growing up in a neighborhood with lots of kids to play with and having the freedom to “head out of the house with the only real requirement to just be home in time for dinner.”

He also cherishes the long gone pastime when family members made time to be present and connected. “It is hard to believe, but my mother made breakfast every morning, and I mean eggs and bacon or waffles and pancakes before I headed to school, and we had dinner every night,” Carli reminisced. “Looking back, it was just a simple time with simple fun and I was very blessed to have two loving parents that were involved when they needed to be but still very much had a life of their own as well.”

Into the Industry: Shortly after graduating from college in 1983, Carli was seeking employment during tough economic times. He worked as a banquet bartender and a credit union teller but realized he had no long term desire for either career. A good friend’s family was in the dry cleaning business and they had a close connection to Richclean. Carli leveraged that relationship into a distributor rep sales position in the fall of 1984.

The Heydays: In his 30 years at Richclean, Carli witnessed the dry cleaning industry’s boom. He said at one point that new plants were opening as fast as developers could build new shopping centers. “I had customers who literally bought leases from other cleaners to keep them out of their market,” Carli exclaimed. “It was a great time in the industry.”

When he got started in the dry cleaning industry, Carli remembers “that almost all machines were still transfer units and perc was $2.35 per gallon.” He said that it was not unusual for a busy owner/operator to buy 100 gallons of perc every two weeks. “At that point, a coat and tie was my daily uniform; boy how things have changed in 30 years,” he said. “First, the coat disappeared and then the tie; needless to say, I wasn’t selling anyone 100 gallons of perc a week in 2014 either.”

Changing Gears: During Carli’s time at Richclean, one of the lines they carried was Kleerwite Chemical. He became good friends with Mike Levine, who owned Kleerwite Chemical. “Mike bought Kleerwite in 1998 after working for Streets for many years,” said Carli. “Unfortunately, Mike passed away in June of 2014 suddenly from a heart attack.” Carli had the opportunity to buy Kleerwite from Levine’s estate, and on September 15, 2014, he finalized the purchase. Carli stayed with Richclean until the end of 2014.

He considers the purchase of Kleerwite and being able to keep Mike Levine’s legacy alive one of his proudest moments. “I accomplished both my dream of owning my own business and continuing to be able to provide Kleerwite’s great products to the industry.”

People Helping People: Carli credits John Nichols, the founder of HandCraft Cleaners in Richmond, Virginia, for sending him into talks with Richclean. “It was his support that convinced Barry Gilman to give me a shot as a very green 23-year-old kid.”

Gilman was a good friend and mentored Carli during his 30-year tenure at Richclean, even during Carli’s discussions to purchase Kleerwite Chemical. “I was comfortable talking with Barry about the possible deal, and he was supportive of me exploring the option even though it would mean I would possibly be leaving Richclean.”

Supplementation: After learning in the summer of 2018 that the owners of NCP Jinx Ink had shut down operations, Carli reached out to Robert Neuhaus to gauge his interest in selling. Neuhaus was in negotiations with another party but assured Carli he would notify him if talks broke down. “Fortunately, I heard back from Robert a few weeks later, and I was able to buy the formulas and add Jinx Ink to Kleerwite’s product line in the fall of 2018,” said Carli. “Jinx Ink has been a great addition to Kleerwite.”

Projections: From the purchase of Kleerwite Chemical in 2014 through the addition of Jinx Ink in 2018, Carli said that things have been smooth and business has been steady. According to Carli, the small ups and downs somewhat mirrored the state of the dry cleaning industry. “2019 was a good year overall with business showing a small increase on the original Kleerwite line and outstanding growth, including the new Jinx Ink business,” Carli said.

However, 2020 has been a whole different story. The first quarter was slightly down and flat. “Just as the Covid-19 virus has decimated dry cleaners’ business, it has struck Kleerwite’s sales drastically as well,” conceded Carli.

Business in April was almost non-existent. May, June and July have shown some improvement, but business is still down well over 50%. “I am hoping business will continue to improve going into fall. Based on conversations with my distributors, a return to 75% of pre-Covid sales is the best I can hope for at the moment.”

Cautious Optimism: “The good news for Kleerwite is that if we can spread the word on our product, we have plenty of potentials to expand our market in the industry,” said Carli. “The question is, can we do that in this new environment?”

Industry Forecast: Unfortunately, Carli is not overly optimistic about the garment care industry in the next five to ten years. He believes that Covid-19 has exacerbated some of the issues the industry was already facing, such as the move toward more casual clothing combined with the increase in people working remotely.

He is adamant that it’s imperative for cleaners to creatively think outside of the box and develop new services such as wash-dry-fold, rug cleaning and subscription services. “I think there will always be a need for cleaners, but it will be harder to get customers in the door,” lamented Carli. “The days of just having a decent location and waiting for customers to come to you are probably over.”

Personal Business Philosophy: “I think I am hard-working, loyal, honest, empathetic and open to other people’s ideas.”

Advice: “I think you need to work hard and treat people the way you want to be treated,” Carli said. “If you can always be learning, improving yourself, and those you work with, then you will put yourself on the road to success.”

Definition of Success: Being a good husband, a good father, a good role model and a loyal friend is paramount to Carli. “I think it’s important to give a little more than you take and to be known for being honest and trustworthy both in business and in your personal life,” said Carli. “If you can accomplish all those things and make a little money along the way, even better.”

Off the Clock: When he is not busy hustling for Kleerwite Chemical, tennis is a big part of his life. Carli is a past president of the Richmond Tennis Association and continues to serve on their executive board. “I have continued to play tennis to this day,” he said. “I am a pretty decent doubles player for being 60.”

Carli also enjoys attending live sporting events (such as college football and the NFL) and gardening in his yard.

Personal: Carli has been married to his wife Sandy for 34 years. She works in the admissions office at the local Catholic high school. The couple makes their home in Richmond.

They have two sons. Will is a student at the University of Virginia, and Jack is an electrical engineer for defense contractor Raytheon in Tucson, Arizona. “I’m very proud of both of them, and they’re nice young men,” boasted Carli.