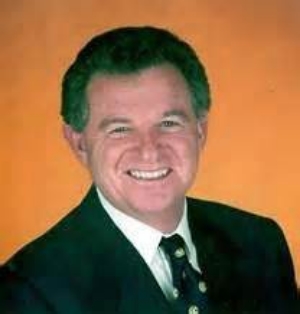 Mel Shapiro, prominent businessman, dedicated and much loved family man, and cherished friend to many in Las Vegas, passed away peacefully Monday, August 26, 2013. Mel Shapiro was born April 26, 1930, in New York City. Growing up in Brighton Beach, Brooklyn, N.Y., Mel spent much of his youth on the beach during the summers and later in the Catskills, perfecting his stand-up comedy. In 1947, at 17 years old, Mel won the coveted Arthur Godfrey Talent Scouts Award, propelling him to tour the country’s comedy clubs. Mel then enlisted into the U.S. Army and became a part of the famous USO shows, doing TV and live shows for the troops during the Korean War. After the war, Mel and his brother, Phillip Shapiro, decided to move west to build a business for their new families. After much searching they settled on buying then a small single dry cleaner that was for sale in Las Vegas, called Al Phillips The Cleaner. In 1964, Mel and Phil moved their families to Las Vegas and started building their wonderful life. Over the next 36 years, Mel and Phil developed the company Al Phillips The Cleaner into a dry cleaning legend, creating the first “car hop drive-thru” that then became the busiest cleaners in the world, servicing 75 percent of the Las Vegas community, with numerous locations throughout the city. Mel became a local celebrity for his TV commercials and the catch phrase “How do we do it all?” The commercials featured him and Phil (often with their pants off) and various Las Vegas celebrities. Mel was passionate about golf and a longtime member of the Las Vegas Country Club. He loved traveling, good food, adored his family and was lucky to have found the love of his life, his wife, Florence. Mel was faced with the challenges of Parkinson’s later in life, yet faced each day with strength, courage and humor. He lived by the saying; “it’s a great life if you have the courage to live it.” And, for 83 years, he did just that and has left the world a much better place. His mother and father, Abraham and Ethel Shapiro; and his two brothers, Milton and Phillip Shapiro, preceded him in death. He is survived by his beloved wife, Florence; three children, David Shapiro, Barbara Owens and Daniel Shapiro; his daughter-in-law, Lisa Holt; his dearest sister, Florence “Flo Biz” Sokoloff; his grandchildren, Molly and Oliver Owens; his brother and sister-in-law, Patrick and Tricia Leibovici; his many nieces and nephews, Janis and Ernie Salarno, Steve and Holly Yudelson, Susan Christenson, Lorrie, Robert and April Shapiro; and his great-nieces and great-nephews, Randy, Ben, Jennifer, Sabrina, Alexis, David, Jonathan, Tessa, Katie, Michael, Michelle and Sean.