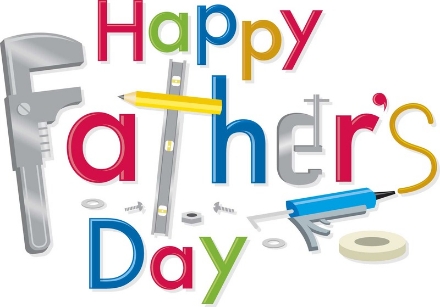 Before you can say “socks, necktie, or untie my bowtie” the annual special day for dads will be here (Sunday, June 19th). If you haven’t already done so, now would be a good time to send out your father-approved deals, offers and promotions.

While Father’s Day is not as wildly popular as its holiday counterpart for mothers, U.S. Americans spent a colossal $12.7 billion last year according to the National Retail Foundation (NRF). That is not chump change or even Trump change. $12.7 billion is a lot of money!

So here’s the question you need to ask yourself as an owner of a dry cleaning establishment: How do I encourage existing customers as well as potentially new customers to spend some of that $12.7 billion at my business? It’s rather simple. Send a promotion. Research done by customer loyalty experts show that businesses who send promotions to customers experience a 70% increase in store visits on or around the time the promotion was sent. You don’t even have to spend lots of money on stationery or postage to get the promotion out. Some of the most cost-effective ways are done via email or text messaging.

To stimulate spending, encourage customer visits, and of course, celebrate dad this Father’s Day, here are a few ideas to get you started:

• ‘Celebrate Dad All Week (or All Month!)’ promotion

Instead of giving people just one day to participate in your Father’s Day deal or promotion, send an offer that celebrates the holiday for an entire week or month.

Example: “Why should you celebrate dad for just one day only? Take 10% off any suit, shirt or tie each week for the rest of the month.”

What do you think are the two most popular gifts for dads on Father’s Day? According to the NRF, the two most popular items are greeting cards and ties. Here’s a great opportunity to get your customers thinking outside of the box when it comes to gifting dad on his special day.

Example: “Dad doesn’t want another tie this year. He’s got tons of ties. Instead, get one or more of his neckties cleaned. Get his suit cleaned and we’ll do his favorite tie for FREE!”

This one is centered around building relationships with your customers and fostering repeat business. Make an attempt in getting to know your customers on a deeper level by asking them to participate in a non-threatening action to redeem a deal or an offer. For Father’s Day, have your customers answer a question about themselves (or in this case, their fathers) in exchange for the promotion you’re offering.

Example: “What is the best piece of advice or favorite pearl of wisdom from your father? If you post it on our Facebook wall we’ll give you $5.00 off on every $30.00 you spend from the beginning of June through Father’s Day weekend.”

• ‘Treat Your Father (and Yourself Also)’ promotion

Unfortunately, some folks are so self-absorbed that self-gifting is much of a bigger deal than we could ever think or possibly imagine. But that’s all right if you can parlay this character flaw to your advantage. How? Urge your customers to shop for themselves in addition to their father.

Example: “It’s Father’s Day! (Don’t you deserve something, too?). If you buy dad a $50 gift card so he can get his favorite suit, shirt and tie cleaned, we’ll give you a 10% discount off your dry cleaning order.”

These are only rough suggestions at best. You know and understand your business, customer base and target market much better than anyone else. Therefore, you should have an idea about what might work and what won’t work. Choose one, choose them all or invent your own. The big idea is to choose to do something and follow through with it. An even bigger idea is to grab a chunk of the $12.7 billion pie this Father’s Day!