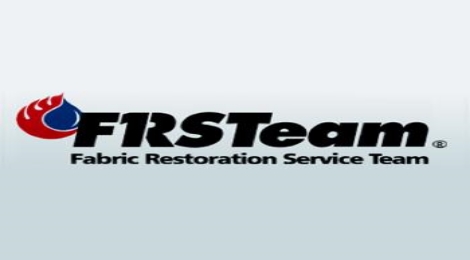 FRSTeam, a leading fabric restoration franchise, announced winners of its annual Recognition Awards. This year’s Licensee Leader Award was presented to Tom and Sandy Ustanik of FRSTeam by Lansing Cleaners of Lansing, Illinois and Ron Patrie of FRSTeam of North and Central Georgia won the coveted President’s Award. Both were selected from among 54 FRSTeam licensees and company stores that service 48 states and Canada.

The Licensee Leader Award recognizes all-around excellence and performance among FRSTeam licensees. FRSTeam by Lansing Cleaners received this award for its exceptional service record. The Ustaniks and FRSTeam by Lansing Cleaners, part of the FRSTeam since 2006, also earned the Top Sales Leader distinction for having the highest sales volume in the FRSTeam system in 2013.

“We take great pride in providing the highest level of service to our customers across all of our stores,” said Sandy Ustanik. “It’s gratifying to be part of the FRSTeam family and to be recognized with this year’s top honor.”

“As the FRSTeam family continues to grow, so does the level of service and performance from all FRSTeam licensees,” said Jim Nicholas, president of FRSTeam. “We congratulate this year’s Licensee Award recipient team for their outstanding demonstration of excellence in textile restoration as well as their unwavering commitment to FRSTeam core values. They epitomize the FRSTeam way in everything they do.”

The President’s Award honors the licensee who shows exceptional passion for and support of the FRSTeam brand and its ideals. Patrie and FRSTeam of North and Central Georgia received this year’s award for continued commitment to, and practice of, the FRSTeam tenants of family, integrity, responsibility, satisfaction and technology.

“I’m honored to accept the President’s Award,” Patrie said. “It belongs to everyone at FRSTeam of North and Central Georgia. What our team does best is love customers. FRSTeam’s value system and our success come from putting that into action every day.”

FRSTeam licensees gather each year for the RESToration Retreat to share business best practices and information on the licensee network. During this year’s event at Hilton Head Island, South Carolina, FRSTeam presented awards to the 2013 top performers at the Recognition Awards Gala. Other award winners included: