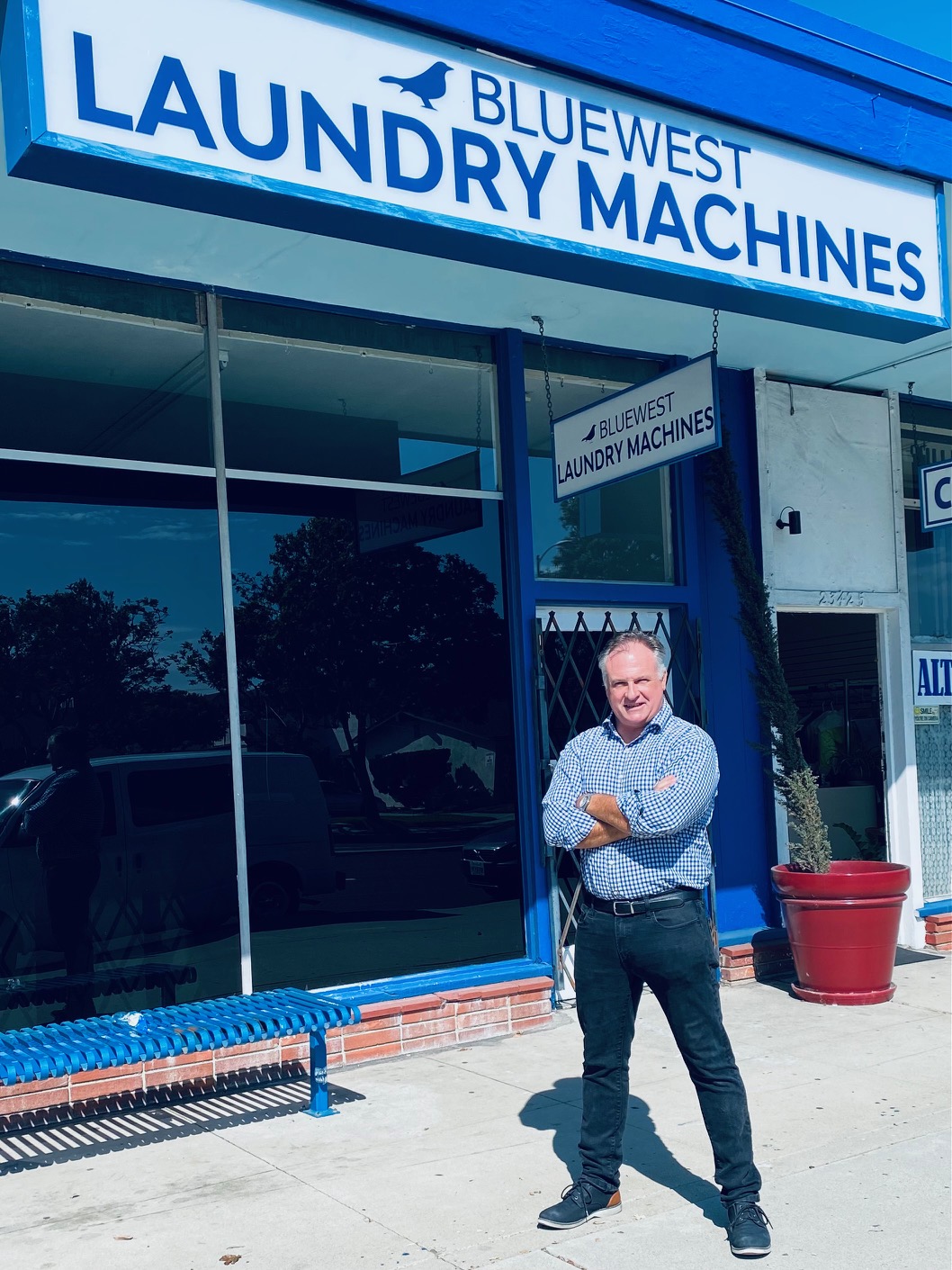 Current Position: Ryan West, 43, is the CEO of Bluewest Laundry in Torrance, California.

The Business: Bluewest Laundry consists of one card-operated laundromat, laundry route washers and dryers in 28 locations throughout Southern California, laundry equipment distribution and service, and the business brokerage of laundromats and cleaners.

“Although we wear several different hats at Bluewest Laundry, our main focus is on supplying laundry machines to multi-family apartment buildings across Southern California,” said West. “These are machines that we own and service, sharing revenues with landlords and HOAs; we also do sales and service to these types of properties.”

It is also noteworthy to point out that Bluewest Laundry uses the latest cutting-edge technology for payment at the machine. The same innovation points toward providing detailed and customizable accounting reports to their landlords and HOAs.

C & L Connection: West’s mother is the daughter of Alexander “Wally” Urquhart, who started what we know today as Cleaner & Launderer. Wally’s dad was a magazine publisher who put out various periodicals, including those related to the garment care industry.

Today, Cleaner & Launderer has an international following. Owners and operators around the world widely read it. “He saw an opportunity to change a sector of the laundry business. So he did, and never looked back,” West said of his grandfather’s visionary leadership and entrepreneurial spirit.

Schooled by Grandpa: The importance of building relationships and business networking was something that Urquhart impressed upon a young West by having him tag along on business meetings. From the age of 5 to 10 years old, West was educated on building a successful company. “I can recall as a child spending the summers with my grandparents. Wally would take me along to meet with dry cleaners and advertisers throughout Los Angeles,” West fondly recalls,”He was not shy about spending time and money on a fantastic lunch to chat with his cleaner colleagues.”

Golden State Roots: West is a third-generation Californian, and his parents grew up in the San Gabriel Valley. In the late 1960s, they decided to move to the sprawling tract homes of south Orange County. He was born in Mission Viejo and lived there until he went to college in northern San Diego County. A graduate of California State University San Marcos, West has a bachelor’s degree in communications and a minor in film studies.

West Coast Playground: The highlights of many of West’s fondest childhood memories center around family vacations around California, camping at beaches and seeing the snow in Lake Tahoe.

“Growing up, I enjoyed surfing here in Southern California and skiing up in the Sierra Nevada mountains,” said West. “I also played a round or two of golf on some of the best courses the Coachella Valley has to offer.”

Before Laundry: Immediately after graduating from college, West went to work in the television industry for Fox in Los Angeles. He worked for their specialty division that did action sports. “I covered surfing as a cameraman, as an editor and eventually a producer,” said West of his career with Fox Sports.

Making the Switch: With a young and growing family, the rigors of traveling to cover events for Fox Sports began to wear on West. He found himself wanting a more stable structure so he could be around for his wife and kids.

“I always wanted to own a coin laundry. I was at the local laundromat to wash some blankets,” West remembered. “I asked the owner if he was interested in selling and it turns out he was. So my wife and I purchased our first coin-operated laundry in Redondo Beach and I was hooked!”

After a few years, the Wests sold that laundry and bought others in South Gate and Los Angeles. They currently own The Wash Spot, a 3,000 square foot card-operated laundry built in Los Angeles in 2015.

Not a Lone Ranger: West is careful and quick to point out that his success at Bluewest Laundry is directly related to others who took the time to pour their knowledge and expertise into him over the years.

“My wife deserves most of the credit getting us started. But along the way, I have been fortunate to have worked for several laundry equipment distributors and brokers in Southern California that taught me so much,” said a thankful West.*

Overcoming Obstacles: “Business ownership is never a smooth road,” said West. “Early on, my wife was involved in the business and she is the best business operator I have ever known. She wanted to pursue other things, so I had to learn the ropes from her if I wanted to survive.”

West said that his early challenges were the “common ones” like marketing, managing employees, giving the customers a great experience and profitability. “I have had to learn a bunch, but I am thankful for all the resources out there to help business owners starting out.”

It’s the Little Things: Being a small operator allows Bluewest Laundry to service their customers and partners better. While West admits that several large companies dominate the market in the United States, Bluewest is in demand because of its ability to serve customers in a quicker period. “We are most proud of the fact that we started small and continue to stay small. So we can have more one-on-one interactions with the customers we serve,” West said.

Accessibility is Key: Realizing that clean clothes are of the utmost importance to his customers, West feels a profound responsibility to deliver that expectation to the tenants that use his machines in their apartment laundry rooms.

“We set ourselves apart by providing great machines and even better service; every customer has my personal cell phone number, and when they call, I answer,” exclaimed West! “Without our partners and customers, we don’t have a company.”

Advice: “Always provide more service to your customers than they provide to you with money,” said West.

Essential Qualities: “Creating a vision and sticking to it,” mused West. “I have always had a vision of what I wanted to create in my business, and although it can be tough to stay on course, I think that vision has helped me keep on going.”

Defining Success: West subscribes to Earl Nightingale’s definition of success as “the progressive realization of a worthy goal.” He said that he finds this valid in his outlook of success as well. “Meaningful work and meaningful relationships are markers of success in my view.”

Industry Outlook: In his sector, West sees growth all around. “There is no shortage of people that need clean clothes,” said West. “And as technology improves, I think the laundry process will become quicker and maybe a little more enjoyable.”

Future Plans: Though content with one laundromat, West plans to grow his laundry machine route by 25% annually. The strategy is to add more work trucks to serve as many customers as possible. “The acquisition of our laundry machine route business has been the highlight thus far,” West said. “I am very excited to grow this portion of our business over the next decade or longer.”

“At some point, we will outgrow our current location, so we plan on a bigger warehouse down the road,” beamed West. “We also plan to partner with more manufacturers of laundry products so we can offer our customers more choices to help them grow their businesses.”

Personal: West has been married to his wife, Soo, for eleven years. Soo is an experiential designer who creates trade show spaces and event spaces for large companies like Goo pºgle and Toyota, to name a few. They have two sons (Davin, age 9, and Kai, age 7) and live in Redondo Beach.