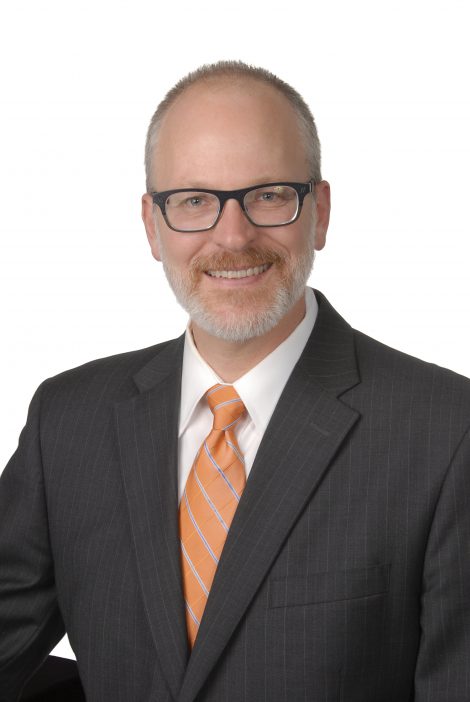 Manage your environmental issues, don’t let them manage you.

I’m thrilled to be launching a new series of The Environmental Corner this year. My predecessor and mentor, Steve Henshaw, has been a long-time contributor to the Cleaner and Launderer and has been advising our friends in the dry cleaning industry on environmental contamination and insurance matters for decades. A lot has changed through the years since Steve’s first article in 2008, but the fact remains that environmental issues related to past dry cleaning practices continue to cause headaches and heartaches for many hardworking business owners in this business. There is good cause for hope, however, since the tools exist that can help the ambitious dry cleaner put these concerns behind them. We’ll be exploring those tools together this year, and we’ll be discussing environmentally related topics that impact your operations, your financial bottom line and potentially your retirement plans.

The Fear is Real: Perc Contamination

The evolution of environmental laws and regulations over the past few decades have resulted in the reality that operators of dry cleaners, owners of property where dry cleaning has occurred, and chemical suppliers or waste haulers can all be held responsible for an identified release of solvents to the ground, no matter how long ago it happened. This fact can strike fear into the hearts of even the boldest of people, and that is certainly a reasonable reaction given the potentially large costs that can be associated with environmental cleanups.

Fear has its place in the world, that’s for sure. It’s one of the most effective feelings for survival in nature, such as when a gazelle fears a lion at a watering hole and runs away to live another day. The problem is that someday the gazelle needs to drink to survive. When that day finally comes, it surrounds itself in the safety of the rest of the herd, keeps its eyes wide open, and goes and gets that drink of water.

I’ve worked with hundreds of dry cleaners when the time has come to approach their environmental concerns, and I’ve seen the reasons why they made the decision to do so. Sometimes they’ve been gathering their friends and allies to approach the watering hole with the best possible outcome in mind, and sometimes they’ve already been in the lion’s jaws. In either scenario, or any other situation in-between, fear must quickly turn to ambition to achieve the desired survival outcome. Let’s use a couple of real-world examples to demonstrate this point.

We have a client who came to us and was interested in addressing their fear that past dry cleaning operations had caused a contamination problem at their property. Let’s call them Happy Cleaners. The business had owned the property since the 1960s, and they had operated a Perc plant until the early 2000s, when they switched to a hydrocarbon solvent. Business was going well, so they wanted to take out a loan to expand operations, using the property as collateral.

Fact: When a property is used as collateral for a commercial loan, the lending institution requires that a Phase I environmental assessment be performed, and if the property has a history of dry cleaning operations, a Phase II subsurface investigation will also be required that includes below ground sampling. If contamination is identified during this process, lenders will most likely not allow the property to be used as collateral due to a presumed reduction in property value and the potential that environmental liability could transfer to the lender if a worse-case loan default situation were to arise.

Happy Cleaners understood these facts and they wanted to find out if contamination existed before they approached their lender so that if a problem existed, they could address the issue and get a regulatory closure before they approached their lender. This showed ambitious planning by our client, because if they had rolled the dice with the question of contamination, they could have wasted a lot of time and money dealing with the lender prematurely and potentially upset their business relationship, if things didn’t turn out well.

Happy Cleaners also had fears about how they were going to pay for the environmental contamination issue if one was identified.

Fact: Environmental cleanup costs for subsurface releases of Perc can range from a few hundred thousand dollars to tens of millions of dollars in some cases. In my experience, the average cost of cleaning up Perc releases from an older dry cleaning operation is around 1.25 to 1.5 million dollars. These numbers are definitely scary.

Fortunately, we were able to consult with Happy Cleaners and we were able to reconstruct their past general liability insurance coverage portfolio, which was worth more than 20 million dollars in coverage that could be used to pay for any environmental issues that may be discovered during due diligence. This again showed great planning on their part, since they were getting all their ducks in a row by getting their insurance assets lined up in advance of performing any investigation. So far, Happy Cleaners was taking control of their environmental fears and ambitiously managing their concerns.

With a solid plan in place, along with a healthy portfolio of known insurance assets lined up, Happy Cleaners performed some limited subsurface sampling to determine if a release of Perc had occurred at the property at some point in the past. True to expectations, Perc was identified in soil, groundwater and soil gas samples collected from the property and an adjacent property owned by others. The state environmental regulatory agency was notified of the problem, and the investigation process was started. I’ll spare you the gory details of the environmental investigation process for now, but after a little more than a year, Happy Cleaners was able to estimate the cost of future cleanup, verify that their insurance assets were adequate to cover the cost, and approach their lender about the loan. Once a remediation work plan had been approved by the regulatory agency, the loan was closed and Happy Cleaners was able to perform their expansion.

In the case of Happy Cleaners, they approached their fear of environmental contamination in an ambitious and calculated manner. They were fortunate in that they were in control of the process the entire time. Not everyone has that opportunity, like my second client example who we will call Scrappy Cleaners.

Due to a series of hard knocks, Scrappy Cleaners was in the process of winding down their business. They had a thriving business back in the early 1980s when they opened, but they had been trying for years to sell their operations. Finally, they had decided just to close shop. During this time, however, an adjacent commercial property was undergoing a re-financing process and a Phase I and Phase II environmental site assessment identified Perc contamination. The source of the Perc appeared to be Scrappy Cleaners, and it had migrated to the adjacent property in soil and groundwater. The adjacent property owner notified the state regulatory agency of the issue, who in turn sent a letter to Scrappy Cleaners demanding that the contamination be investigated and cleaned up. The adjacent property owner also applied pressure.

Here is a good example of someone being in the lion’s jaws before they even knew what hit them. Clearly, they didn’t have the cash to deal with this environmental liability, and a bankruptcy would result in them losing the property as well.

Once their fear had transformed into determination, Scrappy Cleaners set to the effort of getting themselves out of harm’s way. They knew that they had always purchased the required general liability insurance coverage to do business, but they had thrown away a lot of files and records during the winding down process. They hired our insurance archeology division who was able to find evidence of a few policies. Although their entire portfolio of insurance coverage couldn’t be identified, there was enough evidence to compel the insurance carrier to start paying for the environmental investigation work being demanded. Ultimately, the insurance carrier looked at their own records and identified additional policies that they had written, and enough coverage was identified that the entire onsite and offsite cleanup was funded per the regulatory agency demands.

Now, obviously, business owners would much rather be in the position of Happy Cleaners rather than Scrappy Cleaners if possible. These were two examples, however, that demonstrate that whether you start out in complete control and systematically walk through evaluating and managing your environmental liability, or you are quickly forced into dealing with them; fear doesn’t have to be the driving emotion. Call someone who has been through this before to get perspective, become determined, and put these issues behind you because they aren’t going away. Also, find yourself a qualified environmental consultant who knows your business concerns, as well as your technical needs. Remember, they work for you and you are in charge.