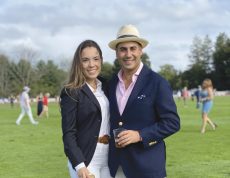 WHO? Richard Aviles WHERE? New York City WHAT? In the late 1960s, a young Puerto Rican man named Joseph Aviles bought into a dry-cleaning franchise called Betty Brite in Parlin, New Jersey. He was fresh out of the Marines and took immense pride in completing a job as meticulously and thoroughly as possible. He was […]